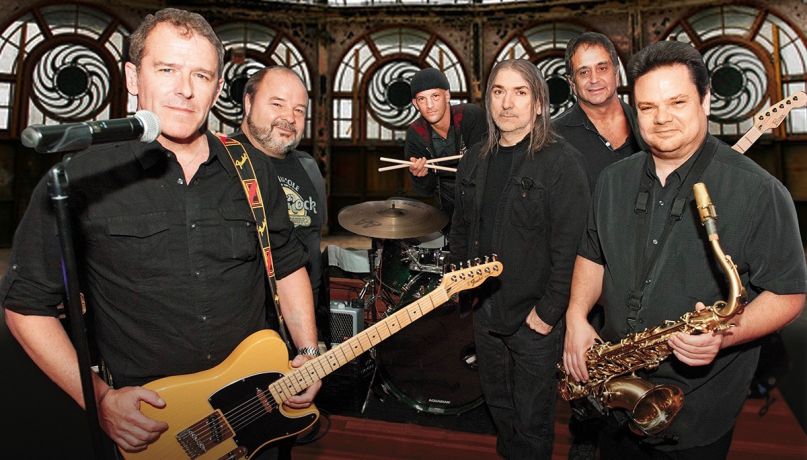 The B Street Band, self-described as America’s No. 1 Bruce Springsteen tribute band, were booked to play the Garden State Inaugural Gala, a pre-inauguration ball taking place in Washington, DC in the days leading up to Donald Trump’s swearing in. Given Springsteen’s strong liberal convictions, many — including members and associates of The E Street Band — questioned The B Street Band’s decision to appear at the ball. For its part, the tribute band argued that the event was non-partisan and its appearance was booked well before Trump’s election. Nonetheless, the Garden State Inaugural Gala is officially described as a celebration of Trump’s presidency, boasts New Jersey governor Chris Christie as an honorary chair, and Trump himself has formally been invited to attend.

Now, The B Street Band has announced its withdrawn from the event, writing in a statement, “Our decision is based SOLELY on the respect and gratitude we have for Bruce and the E Street Band.”

Read their full statement below. Looks like DJ Freedom may have to pull double duty this week.

With deepest apologies to our fans and the New Jersey Inaugural Ball committee, the B Street Band is withdrawing from performing at this year’s inauguration Gala.

Our decision is based SOLELY on the respect and gratitude we have for Bruce and the E Street Band.

Bruce’s music has been the foundation of our livelihood. The B Street Band would not exist without the talents of Bruce and our E Street brothers.

We are most grateful to these rock legends and look forward to many more years of emulating and performing the Forever Music, of Bruce Springsteen.