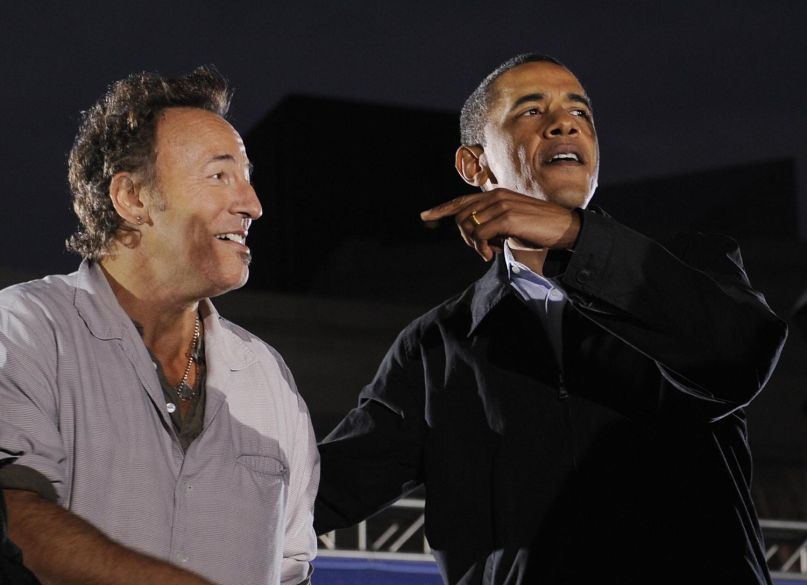 In what has otherwise been a terrifying three months, Donald Trump’s presidential transition has featured a few moments of levity. Chief among them: his inability to lock down even a Bruce Springsteen tribute band to perform at an inauguration event. All the while, the real McCoy visited our outgoing president at the White House, serenading him and his staffers with an intimate farewell performance.

According to Backstreets, the secret concert took place late last week inside the White House’s East Room. Springsteen performed a 15-song acoustic set, kicking off with “Working on the Highway” and continuing with similarly political leaning songs such as “My Hometown”, “The Promised Land”, and “The Ghost of Tom Joad”. Prior to performing “Born in the U.S.A”, Springsteen lamented how the protest song was so often misinterpreted. Near the end of the set, he dedicated “Tougher Than the Rest” to POTUS and FLOTUS.

Following the concert, President Obama thanked Springsteen, saying, “He’s been with us for some time now, performing his craft to show his support.” See the full setlist below, and read a full recap from a lucky attendee posted at Backstreets.

Setlist:
Working on the Highway
Growin’ Up
My Hometown
My Father’s House
The Wish
Thunder Road
The Promised Land
Born in the U.S.A.
Devils & Dust
Tougher Than the Rest (with Patti Scialfa)
If I Should Fall Behind (with Patti Scialfa)
The Ghost of Tom Joad
Long Walk Home
Dancing in the Dark
Land of Hope and Dreams