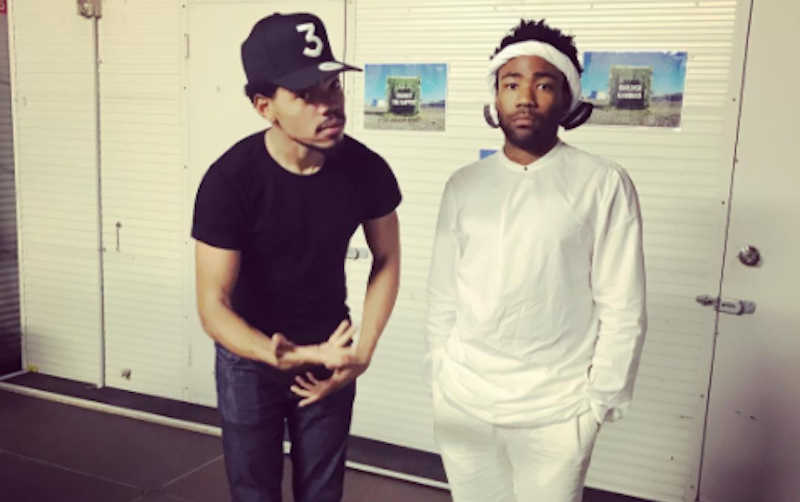 There have been numerous teases of a collaborative effort between Chance the Rapper and Childish Gambino over the last few years. It all started when the former crashed the latter’s set at Governors Ball in 2014, after which Gambino dropped not so subtle hints about a joint EP. Two years later, Chance confirmed that the project still exists, though he offered little by way of an update.

Now it seems the pair are finally getting back together to (hopefully) finish the effort. Chance posted an image of himself and Gambino with the caption, “Hawaii then LA, back to work. #roscoeswetsuit.” The hashtag is a reference to the screenplay that was released as a companion to Gambino’s 2013 album, Because the Internet. That LP featured one of the previous collaboration between the two, “The Worst Guys”, the video of which finds the two surfing in, wouldn’t you know it, wetsuits.

If the duo really is finally working on a joint project, they couldn’t have picked a better time. Both artists seem to be at the top of their game, with Chance’s Coloring Book earning him high praise and space on numerous year-end lists and Gambino dropping his utterly surprising and wonderful “Awaken, My Love!” just last month.

Revisit the video for “The Worst Guys”: