The Cleveland quartet hone their mastery with a driving, raw thesis statement 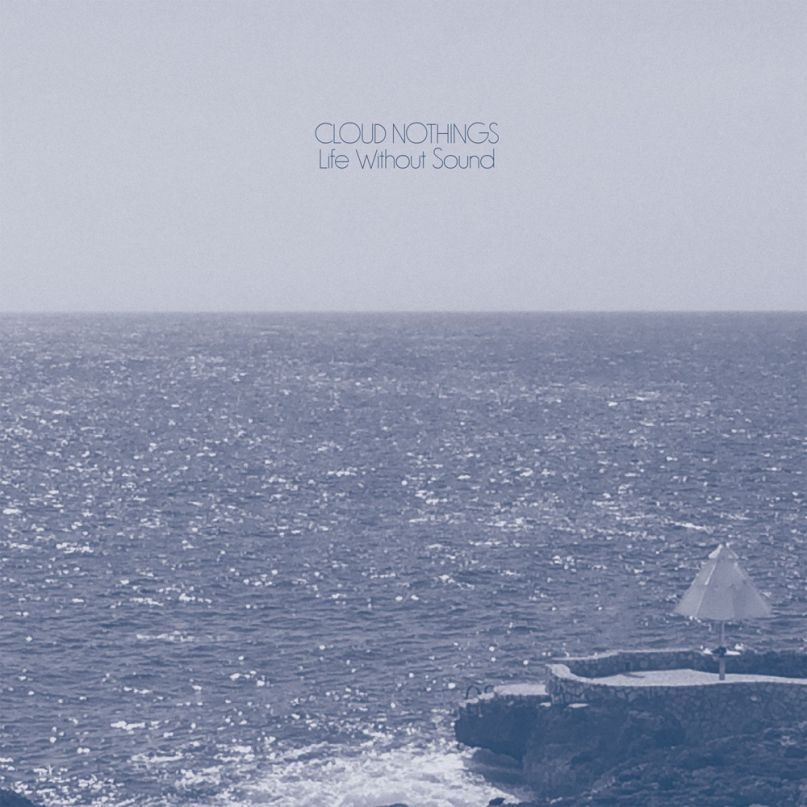 Cleveland sits tucked against the southern shore of Lake Erie, a blip on the tragic map of the Midwestern American rust belt. But it’s been years since that industrial decline, and what’s left is perhaps a lingering feeling of displacement and isolation that typifies any region on the rebound — a period of reestablishment and re-realization of what exactly it is and what it means. It was even dubbed “the Comeback City.” Cloud Nothings, the city’s cryptic, throttling rock group, can be couched squarely in this narrative, if only for arbitrary contextual purposes. Surely, they’re not defined by their geography more than any other musician, and surely, they’d call any such musings bullshit.

But it’s hard not to romanticize and pathologize, especially when it comes to art; we like to view our artists as shaped by hardship, particularly localized trials. It gives us comfort to know that maybe we’re struggling against the same grand forces: nature, circumstance, things bigger than us. We want to be the underdog; we want to declare ourselves forcefully and emphatically in opposition to something even when there isn’t much to stand in opposition to besides our own shortcomings and disappointments.

Such declarations can be found in anthemic, if self-deprecating, proportions throughout Cloud Nothings’ work. Back in 2012, on the defeatist Attack on Memory, Baldi screamed: “I thought I would be more than this.” On 2014’s thrashing Here and Nowhere Else, he seemed to be moving towards something: “I’m learning how to be here and nowhere else/ How to focus on what I can do myself.” One could begin charting a progression if one felt inclined to ascribe such meaning and momentum.

The band’s latest offering, the bursting, brimming, and brisk Life Without Sound, is a remarkable expansion. Three years down the line, and with a second guitarist growing the trio into a quartet, the band seems to be hitting their stride ever more intently (each record could perhaps be assessed as the band ‘hitting their stride,’ which speaks to the group’s impressive consistency). It’s a chugging, nimble-footed affair, showing a matured and restrained group; no more eight-minute-plus pounding, slashing jams, replaced instead with a sense of clarity and focus, a driving, raw sonic thesis statement.

The record stirs from the band’s three-year recording slumber with the aptly named “Up to the Surface”, with slate-colored, melancholic piano, followed by ever-so-slightly out-of-tune, icy guitars poking through and a rumbling, dissonant, melodic build to the full-band waterfall. It’s an enthralling, unsettling handshake: “I knew peace in the terror of the mind,” Baldi mutters as the song fades. Producer John Goodmanson’s slick Death Cab-colored hand is immediately obvious, as the band trades in their previously gray, at times muddled, sound for a broad, angular upgrade.

(Cover Story: Losing My Religion: The Demise of Rock and Roll)

Even the track listing is littered with the same conflicted tone: “Internal World”, “Enter Entirely”, “Realize My Fate”. Baldi is as discursive and generous in his openness as he’s ever been, except with decided subtlety and tact. These aren’t the same bare-knuckle, downtrodden confessionals as “Wasted Days” and “Giving into Seeing” (on the latter, he pines: “I thought there would be more for me to do,” echoing the same helplessness from the previous record).

On Life Without Sound, he’s comparatively cryptic in some places: “Saw darkened rings with a few bright highlights”, he bellows on “Darkened Rings”. Elsewhere, he shows hope and desire, like on the jubilant, thrumming “Modern Act”, which hums along at a full, crystalline, Cure-like pulse, or the melodic catharsis of “Enter Entirely”, maybe the record’s strongest track, paired with the searing trademark Baldi proclamation: “We’re moving on, but I still feel it/ You’re just a light in me now.”

The record’s second half forwards the more unhinged, volatile character we’ve come to expect from Cloud Nothings. It includes the only glimpses of classic Cloud Nothings chaos, dosed heavily in the last two songs, “Strange Year” and “Realize My Fate”, with the latter clocking at almost six minutes. “Strange Year” weaves in countless lane changes through its runtime, starting with rickety, dissonant Incubus guitar plucking before trundling into a full-blown grungy climax seconds in. It rides out that loss of composure before sinking back into an armchair of tense but steady hypnotic unison — flatlining after the fury into a repeating coda that surrenders to a choir of squealing, animalistic feedback to bring the song to its finale.

The album’s closer is a messy, brooding slow-burn that, for all the record’s progress and musings, brings Baldi back to square one: “I find it hard to realize my fate.” The circular nature of the record, and indeed perhaps the band itself, is both its greatest attribute and its Achilles heel; the narrative doesn’t really progress. It’s a self-defeating, foot-shooting, catharsis-less journey to and from mediocrity, personally-speaking, which is a tremendously relatable sentiment. There are peaks and valleys, but when the dust settles, Baldi is perpetually yearning for purpose and validation, which is both a poignant, gutting statement about life’s redundant disappointments and well-tread territory. At some point, you gotta flip the record over.

But existential crises will always be appealing and relevant; we morph and slink in and out of them, cycling through the ups and downs and grays in between. Constant mediocrity. Or, as F. Scott Fitzgerald put it, “The natural state of the sentient adult is a qualified unhappiness.” That “constant striving” is what Cloud Nothings seem to be content to be stuck in, which is both a realistic, brutally honest self-portrait and a bleak, purgatorial complacency. Nihilism as a utilitarian survival mechanism or nihilism as self-defeating masturbation. Whichever it is, flirting with that line is perhaps a defining characteristic of our increasingly mediated, dislocated lives, and Cloud Nothings continue to hone their mastery of that never-ending, slow-progressing chase for self-improvement.