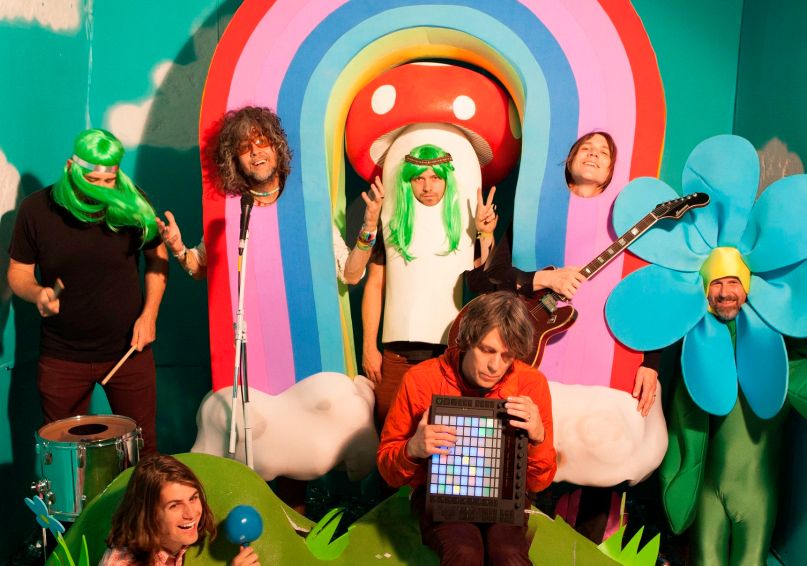 This feature originally ran in 2013. We’re reposting today as the band’s latest album, Oczy Mlody, gets set to drop.

Welcome to Dissected, where we disassemble a band’s catalog, a director’s filmography, or some other critical pop-culture collection in the abstract. It’s exact science by way of a few beers. This time, we sort through the best and worst of Wayne Coyne’s spongy, gooey mind.

A biology class dissection is normally an easy, albeit squeamish, process to get through. The animal is long dead, and all you have to do is just slice, slide, open, and extract the organs and limbs you’ve been instructed to remove. But what if you make that first puncture and the fetal pig slips off the table, bouncing off the ground and ricocheting off the wall. You reach down to pick it up, only to discover you can’t get a good grip as it keeps sliding out of your grasp, bouncing once more. To make matters stranger, upon closer inspection you see it’s really just a gummy fetal pig, and once you finally begin your dissection, instead of removing organs you remove a USB drive.

The biology teacher would surely be fired for wasting school funds on gummy candy instead of the real deal.

Taken outside of the classroom, though, it’s not as far-fetched as you’d think. Oklahoma City’s own The Flaming Lips have hidden away EPs on USB drives in similar ways over the past few years, from gummy skulls to chocolate hearts. Due to this and their over-the-top live performances, the band have long been labeled as strange, bizarre, odd, obtuse, and every other adjective synonymous with the word “weird.” They’ve earned it, and they wear it as a badge of honor. What may get lost in these perceptions is how strange the actual music is, as well.

In order for us to dissect the true-blue band of fearless freaks, we needed to remove cover albums, collaborative albums, and soundtracks from the dissection tray (Ke$ha has been put back into the freezer for future study). Along with another pair of fearless freaks (Len Comaratta and Zach Schonfeld), the three of us discovered we still had over a dozen exhibits to slice apart and inspect. No one will ever really know what makes Wayne Coyne and company tick, but by Plastic Jesus did we give it our best shot.

Editor’s Note: Associate Editor Lior Phillips recently spoke to Wayne Coyne about his band’s discography. You can find his thoughts on each album included throughout this feature. For the full Flaming Lips catalog breakdown with Coyne, click here.