Donald Trump brainstorms 2020 campaign slogan, and it just so happens to be from The Purge 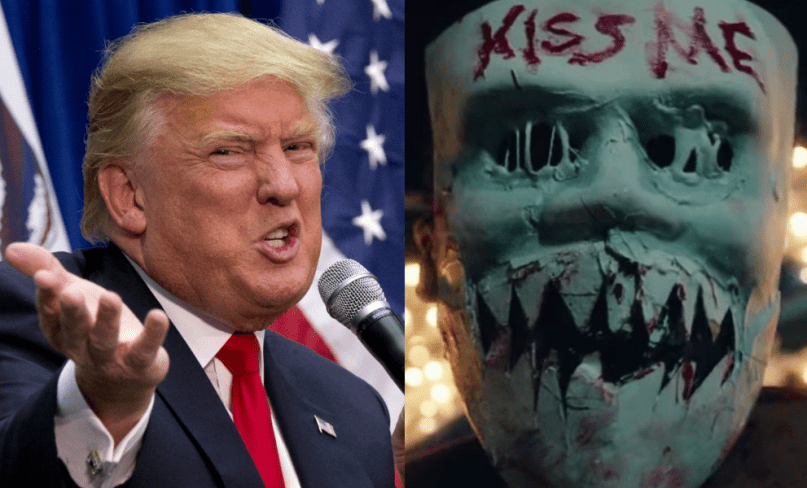 Donald Trump’s 2016 election campaign was eerily reminiscent of a dystopian horror film, but the next one might, in fact, be a dystopian horror film. As Spin points out, the President-elect uses a portion of a new Washington Post interview to brainstorm slogans for his 2020 re-election bid. In a chilling display of his very good brain in action, he comes up with a sequel to his “Make America Great Again” campaign slogan and calls in a lawyer to trademark it. Read the passage below:

Halfway through his interview … Trump shared a bit of news: He already has decided on his slogan for a reelection bid in 2020.

“Are you ready?” he said. “ ‘Keep America Great,’ exclamation point.”

“Get me my lawyer!” the president-elect shouted.

The problem, as Spin also crucially points out, is that “Keep America Great” is already in use as a political slogan. The totalitarian regime featured in the 2016 horror film The Purge: Election Year adopts the catchphrase as a means of justifying their horrifying vision for America, in which citizens are allowed to commit any crime of their choosing for one night each year.

Innocent mistake? Probably. Indicative of a potentially scary truth? Seems likely. Look, we’re not saying that Trump idolizes the murderous fascists from The Purge. But we’re not not saying that, either.

Catch a glimpse of Trump’s shiny new campaign slogan at the end of the trailer for The Purge: Election Year below: