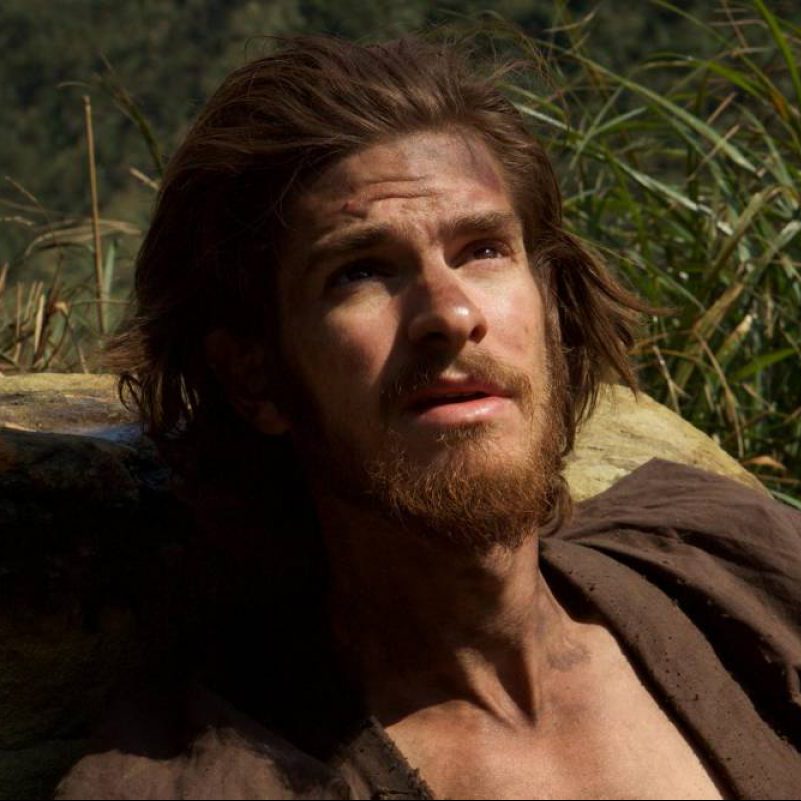 If ever you were looking for evidence of the soul, here it is. Here is Martin Scorsese’s, laid bare.

Silence is an intense film by an aging and morally embattled director. An epic film about faith only capable of being made by a talented and likely burdened individual. Profound and illusory, Silence shows Martin Scorsese at the confessional, in sensationally cinematic style, delivering perhaps his most intimate work to date. It’s a cross-cultural sermon-turned-forum. It’s a religious drama with graceful, dramatic élan. And above all, Silence is pure, as cinema and in its reflection.

Apostasy. The abandonment of faith. This is where it all starts. In the 17th century, Father Cristóvão Ferreira (Liam Neeson, never more rueful) is one of a cadre of Jesuits sent to Japan in the Edo period, a time when Catholicism was illegal and Buddhism was doctrine. Ferreira was one of the many Kakure Kirishitans (“Hidden Christians”) trying to smuggle in the teachings of Christ. Ferreira is assured by God’s will that Catholicism is absolute, and necessary to share. It is their mission. But Ferreira, along with his companions, is caught. They’re tortured. Forced to renounce. Asked to step on the face of Christ.

Years later, two Portuguese Jesuits, Sebastião Rodrigues (Andrew Garfield, tender and radiant) and Francisco Garrpe (Adam Driver, with timid resolve) receive a letter from Ferreira, their mentor. He has taken on a life as a Japanese man, with a wife, and has committed apostasy. He’s now a Buddhist.

The claim hits home for Garrpe and Rodrigues. How could their leader betray them, and the teachings of God? Heresy, the two decry. Lies and Japanese trickery. Rodrigues and Garrpe insist on traveling to Japan to find the truth. So begins the long journey to the black sands of Japan, where they take on more than they bargained for almost immediately.

If the goal was simply to find Ferreira, then Rodrigues and Garrpe immediately break that vow (and Japan’s laws). Leads are scarce, and so the two set up shop in a seaside town and hold secret church services. They’re aided by locals, but in an untrusting manner. The two young men go to different towns, sporadically emerging from hiding, as the film treats their best intentions with a certain kind of dread.

The two will inevitably be caught, but when? And how badly will they suffer, tortured by the Japanese government? Silence is about waiting – with all the quiet impatience and nervousness and eventual anger that the title suggests – and Scorsese keeps its tone alert and leery. There’s no such thing as a peaceful countryside sit in the sun when the two priests could be spotted at any moment. One of Rodrigues and Garrpes’ flock could turn. The shores of Japan are enchanting, until they turn deadly. And the film becomes a battle of right versus wrong, and an examination of just how vicious men can be.

Under modern thinking, Buddhism is nothing to fear, nor Catholicism. But in Silence those differences end in death. The Japanese hide nothing in how their elite class scorns and punishes practicing Catholics. Boiling, crucifixion, beheadings; weeding out Jesus by cruel methods is their way. Do the Catholics deserve this? No. But are the priests arrogant in their assumptions? Yes. A man like Rodrigues couldn’t leave the Japanese alone. He wouldn’t accept Ferreira’s reversal. He knows that Jesus Christ is right, and he can’t help himself. So in essence, man will act in hubris, or worse, resentment. This is the defining war of the soul that lies within Silence.

Silence possesses a bountiful duality, as Scorsese has made the rare religious film that is both modern and traditional in its faith. Scorsese seems to suggest that faith is quick to fail, often yielding bull-headed and ugly behavior, but only in hindsight. In that way, Silence functions on a highly ironic level. There are now roughly half a million Catholics in Japan, proving the death and persecution in the 1600s unnecessary. Silence knows exactly how needless its brutality is, but the film works as a life-or-death disquisition. And that makes its tragedy far more effective. People never have to die for their beliefs, but they do here, as they always have.

The mood is everything, and Scorsese works in poetic fashion. Working with longtime collaborator and screenwriter Jay Cocks (The Age of Innocence, Gangs of New York), the director turns what could have been a lecture into a long-form journey, allowing scenes to linger before their revelations emerge. When the two priests arrive, they’re immediately abandoned, only to hole up in a cave while we’re left to wonder why. A seemingly eternal point-of-view shot from Garfield’s vantage inside a cage, staring at Catholics lined up for execution, is dread perfected. It’s a refined anxiety. Like the best lengthy films, Silence hypnotizes, and then goes further.

The story is witnessed through the sorrowful eyes of Garfield’s Rodrigues. He is Silence’s through line, and Garfield’s work is nothing short of a revelation. Rodrigues’s obsessions, isolation, and intense quagmires of commitment form a Christ-like gauntlet for his faith. Garfield worked with Father James Martin (the film’s spiritual advisor) to create a keen and respectful relationship with God. It’s a complex performance, and Garfield is more than up to the task. He becomes the viewers’ eyes, ears, and disbelief. The last act in particular focuses on a frail Garfield, deteriorating in his attempts to hold true to his vows when perhaps a more humane action is what is actually necessary, and he’s captivating to the point of astonishment.

He embodies Catholicism’s best and worst qualities at once: hope, belief, the will to act, the desire to share that can be confused with bullying, and the heartache and outrage that comes when God fails to answer one’s prayers. There are many great performances, from Neeson’s potentially fallen padre to Issei Ogata’s vampish, high-minded Inquisitor. But Garfield is the heart and soul of Silence.

Formally, Silence is devoted to its craft. The sound design, the production design, the performance choices, and the storytelling decisions all constitute a film of rare, unified vision. Scorsese’s form is still, but confident. The sound design (via supervising sound editor Philip Stockton) and score (by Kathryn and Kim Allen Kluge) blend hushed music, crickets, breezes, and literal, palpable quiet. The crashing of waves functions like a jackknife, the disappearance of a noise turns worrying. The atmosphere allows Garfield’s voiceover narration to percolate and stick. Dante Ferretti’s production design and Wen-Ying Huang’s art direction work together to create a stark Japan of seas, caves, fields, beaches, huts, cages, crosses, and fires – the best references that comes to mind are the rigid spaces of an Ozu film, or maybe the nature of a Ghibli, made unwelcoming. There’s an eerie calm to the way Silence looks.

Scorsese’s gaze, while always that of an outsider’s, is long and often uneasy. The Japanese locales aren’t exoticized, but are instead attractively and mysteriously minimalist. Blues, grays, and greens are the painterly hues; much of the film is framed like in the style of a ukiyo-e painting. There are many long landscape shots with precise details, alongside unrealistic touches like floating focal points. It’s hard to place, but the beauty and craft are immersive.

Consider a brutal crucifixion scene early on. Heathen Catholics are being executed by the Japanese. “Die proud like your messiah, if you love him so much,” says the ethic. The crosses are planted in the water, so the rising tide can drown the Catholics. In the foreground, officials look on without pity. In the middle, the crosses are slowly submerged. And in the distance is the gray horizon, hinting at a bittersweet heaven. It’s almost surreal.

Every aspect is crucial, and the shot resonates. Strange men obscured by the brush. Small bodies shot from high, surrounded by sand and sea with no escape. Many of the film’s images utilize this wise scaffolding, to maintain the film’s ideas about the contradictions of faith. The cinematography of Rodrigo Prieto (The Wolf of Wall Street) is essential to Silence’s storytelling style: tonal poetry.

(Read: Film Is Risen: A Discussion of Religion in the Movies)

There is a classically Scorsese fascination with violence and guilt within Silence, but that’s just a starting point. Scorsese expresses his complicated ideology with a cerebral and diverse palette. Against much of his work, Silence is closer to a compelling parable, a religious Heart of Darkness. The approach is something like a blend of Kurosawa’s form, Bergman’s ennui, and Malick’s rhapsodies, with overt similarities to The Searchers’ obsessive compulsion and Scorsese’s own The Last Temptation of Christ. In other words, Silence is enormous, and works on a multitude of levels that will likely be explored for decades to come. From its brash introduction to its agonizing conclusions, the film offers a bounty of filmic and philosophical wealth.

The source is Shūsaku Endō’s 1966 novel of the same name. In development since 1990, Silence screams “passion project.” It faced troubles: accidents on set, language problems with the script, and countless false starts by Scorsese. But the result is more appreciable than the specifics and history might suggest. Sink into the large and lengthy shots. Admire the real scale. And respect the film’s will to explore its complicated notions of faith.

Silence transcends any simple definition and ascends to the realm of masterful beauty. This is a film of fear, of dread, of meditation, and melancholy, both hushed and brutally loud. Silence is a film about spiritual agony, about the fear that maybe no one out there is listening, or even cares. Silence is a film of enormous soul, one constantly endangered by vanity, ego, and the failure to live by God. Scorsese has delivered a chilling, heartbreaking, and lasting requiem.