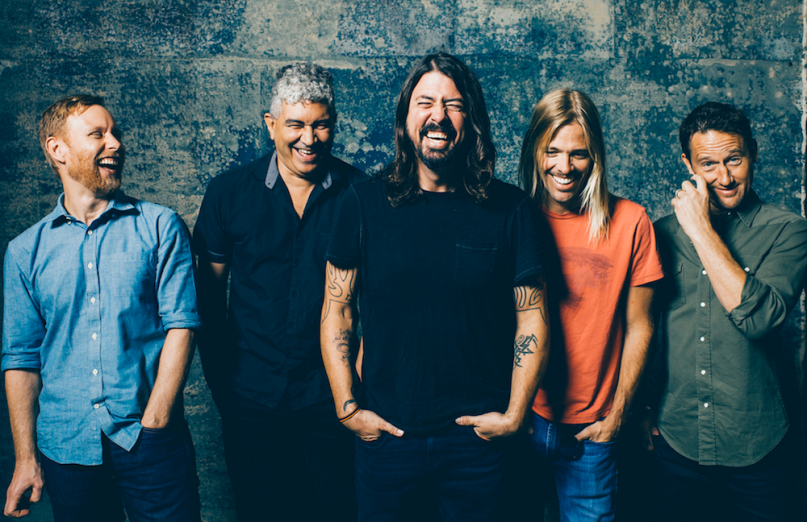 It looks like every aspect of Foo Fighters’ short-lived hiatus is over. Not only are the prolific rockers scheduled to return to the stage to headline BottleRock Napa Valley Festival in May, but they’ve also got plans to work on a brand new album, their first since 2014’s Sonic Highways.

News of the album was revealed by Dave Graham, CEO of Latitude 38, the entertainment company behind BottleRock. “The Foo Fighters are in the studio all next year recording a new album and BottleRock may be their only show in 2017 in North America,” he recently told writer David Kerns of the Napa Valley Register, in an interview discussing the steps Latitude 38 took to nab the much-coveted, Grammy-winning outfit. (Kerns confirmed to Consequence of Sound that “next year” means 2017.)

The forthcoming full-length would mark the Foos’ ninth overall and follows their two 2015 EPs, Songs from the Laundry Room and Saint Cecilia. In November, drummer Taylor Hawkins put out his debut solo album, KOTA.

The three-day BottleRock Festival goes down May 26th – 28th in Napa Valley, California. Tom Petty & the Heartbreakers, Modest Mouse, The Roots, and Mavis Staples are also expected to perform.

Below, revisit Sonic Highways single “Something From Nothing”: