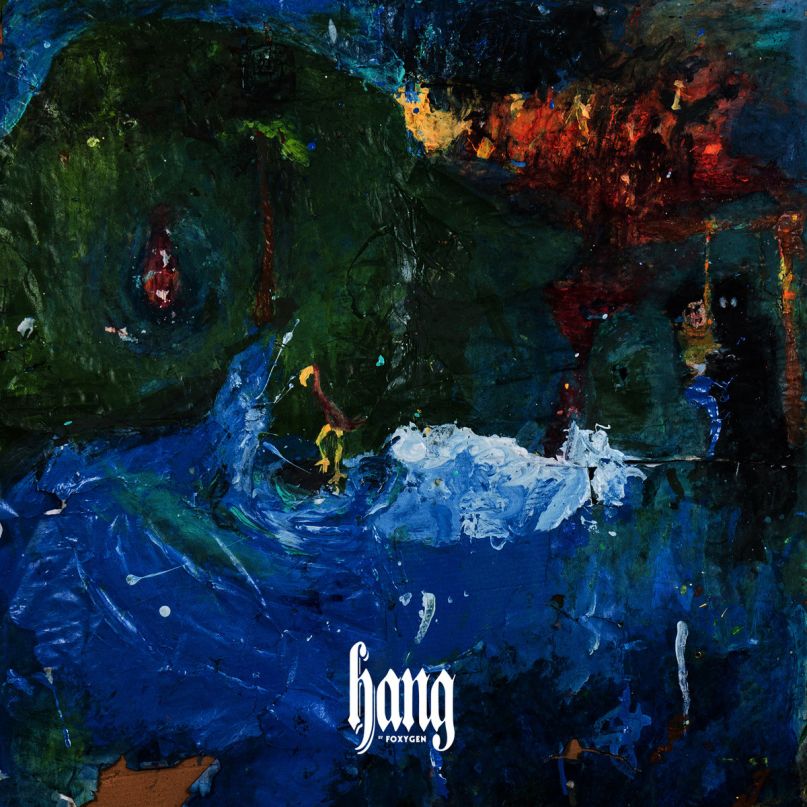 Foxygen are not entering quietly back into the music scene. After a two-year hiatus plagued by breakup rumors and physical abuse allegations, the indie rock duo (comprising Jonathan Rado and Sam France) decided to come back in the most Foxygen way possible — with a 40-piece band in tow. Perhaps the time off did them well — Rado produced a solo project during that downtime in addition to records by Whitney and The Lemon Twigs, an experience that clearly diversified his already impressive musical ability. Hang, a follow-up to 2014’s messy, divisive …And Star Power, sees Rado and France not shying away from various dramas of the world, only some of which is their own. Instead, Hang is a firm declaration of emotional intensity.

The pair are no strangers to experimentation — both France and Rado play multiple instruments — but the addition of the large band has given the two musicians even more space to operate, and they’ve made good use of that freedom. One of the most fruitful tracks to that end is “Avalon”, a fusion of saloon-style piano and an ABBA-worthy theatrical sing-along that shouldn’t sound good but somehow does. “On Lankershim” channels both Billy Joel and the Dead, petering out in a folksy lull, while “Trauma” plays with a gospel-like chorus as France cries, “Set me free from this trauma.” Foxygen’s strength is their ability to construct a unique identity through a collage of musical styles, and Hang finds them honing and expanding that craft. When France puts on his Dylan voice, it feels fresh against Rado’s indie pop piano backdrop. For an album that drops on inauguration day, this strength is put to use as a protest against apathy.

Anachronistic though it may seem, Hang has something to say about the year we’ve had, as we look towards a future darkened under a T-shaped shadow. The songs deal heavily with themes of good and evil and resolve, if nothing else, to fight the latter with emotional power. “America” is the album’s best vehicle for making this point. The five-and-a-half-minute song features a minute-long instrumental breakdown, where two dueling refrains — one a twinkling piano melody, the other a harsh percussive one — are played against one another, growing in intensity until finally giving way to France crooning forlornly, “If you’re already there/ Then you’re already dead/ If you’re living in America.” The band doesn’t want you to forget about the state of the US. They do, however, want to remind you that protest can be simply dancing in the streets, to feel deeply and madly in a world where caring is uncool.

This is why Hang’s best moments are also its most shamelessly self-indulgent. In “Upon a Hill”, France slips into a Morrison-esque drawl as he travels from the sentimental (“In her eyes/ She hands me my disguise”) to the nonsensical (“While flamingos dance on spaceships with black fire in their mouths/ Sing a song for me”), the band mirroring this transition with a quickening tempo and almost cartoonishly grandiose ending. Similarly satisfying is “Mrs. Adams”, which opens in a ’70s-era piano pop explosion as France croons in an exaggerated guttural slur. In the highly stylized space of the album, Foxygen flit from lamentation to celebration so quickly and seamlessly that the transition often goes unnoticed. But stripped of their elaborate decorum, these songs discuss love, loss, death and disillusionment, themes so universal that they are often overused in music. To reinvigorate them, then, France and Rado steer into the skid of the cliché, taking something old and making it their own, unafraid to veer into Pinterest board territory if it means it will get their point across. And the point of Hang is to feel something unapologetically.

Essential Tracks: “America”, “Upon a Hill”, and “On Lankershim”