Director chimes back in on the 20-year-old debate 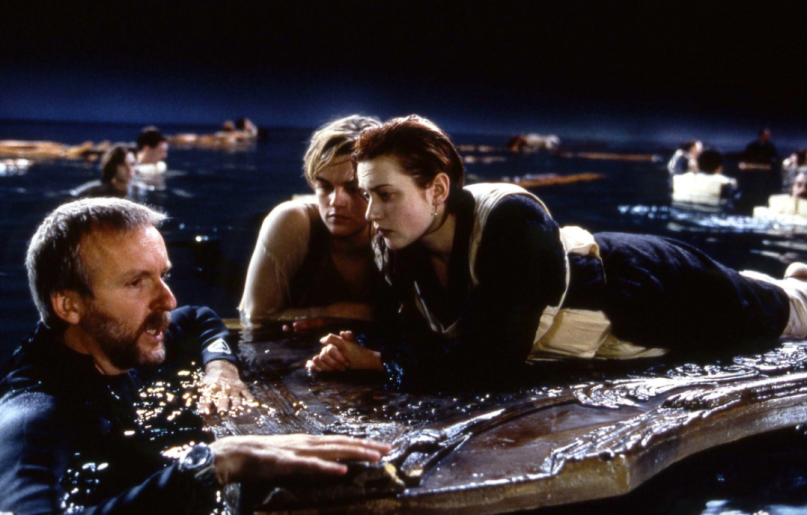 It’s one of the greatest logical debates in the last two decades of cinema: Could Jack have survived on that door with Rose at the end of Titanic? It’s a coulda-shoulda-woulda that’s been going on since the film first set sail in theaters back in 1997. Kate Winslet herself thinks her character could have tried harder to save Leonardo DiCaprio’s Jack, but director James Cameron is sticking to his guns by saying Jack had no choice but to freeze to death in the icy North Atlantic.

In a recent interview, Cameron was asked about an episode of Discovery Channel’s MythBusters in which Adam Savage and Jamie Hyneman showed how, with a bit of effort and ingenuity, two people could totally float safely atop a giant wooden door. Cameron was actually a guest on the Mythbusters episode, but he wasn’t convinced then, and he’s certainly not convinced now.

“OK, so let’s really play that out,” Cameron told The Daily Beast. “You’re Jack, you’re in water that’s 28 degrees, your brain is starting to get hypothermia. MythBusters asks you to now go take off your life vest, take hers off, swim underneath this thing, attach it in some way that it won’t just wash out two minutes later — which means you’re underwater tying this thing on in 28-degree water, and that’s going to take you five-to-10 minutes, so by the time you come back up you’re already dead. So that wouldn’t work. His best choice was to keep his upper body out of the water and hope to get pulled out by a boat or something before he died.”

As a final remark, Cameron said of Savage and Hyneman, “They’re fun guys and I loved doing that show with them, but they’re full of shit.”

Well, to be fair to the MythBusters, Jack wasn’t wearing a life vest (watch your own movie, James!), and they accomplished the task without swimming under the board. They did have to rip the straps of Rose’s vest, however, and that would likely be difficult enough while treading freezing water.

Regardless, Cameron made the ultimate point back when the MythBusters first presented their theory. “I think you guys are missing the point here,” Cameron said on the show. “The script says Jack dies, he has to die. Maybe we screwed up. The board should have been a tiny bit smaller. But the dude’s going down!” Watch the MythBusters’ final experiment — and Cameron’s skeptical reaction — below.