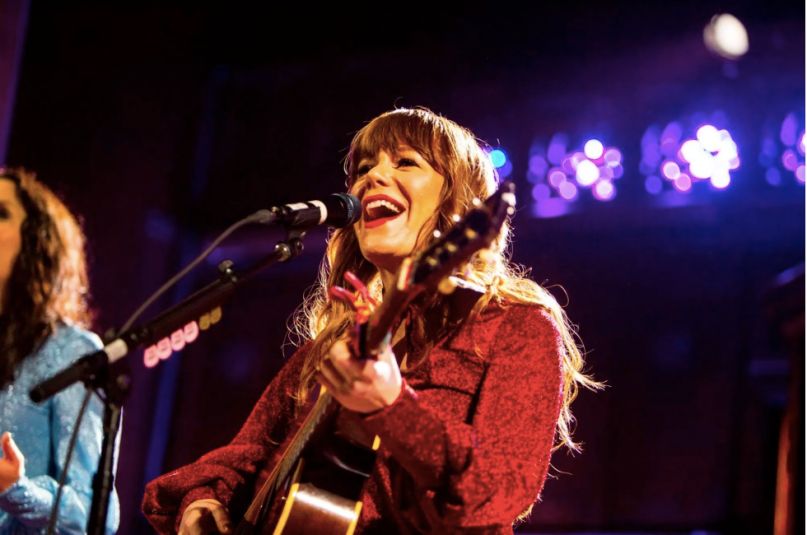 David Bowie covers are a dime a dozen these days, but this latest collaboration between Jenny Lewis and former Late Night With David Letterman musical director Paul Shaffer is worth your time. Also, it’s not technically a Bowie cover.

“Sorrow” appeared on Bowie’s 1973 LP Pin Ups, but the song was originally performed in 1965 by The McCoys. Shaffer and Lewis’ version will appear on a forthcoming self-titled album from Shaffer and the World’s Most Dangerous Band.

The original’s lo-fi shamble found a new sparkle and vibrancy with Bowie, and Shaffer and Lewis’ rendition is certainly an update to the latter version, with glittery keyboards and the big band horns of Shaffer’s World’s Most Dangerous Band. Listen below.