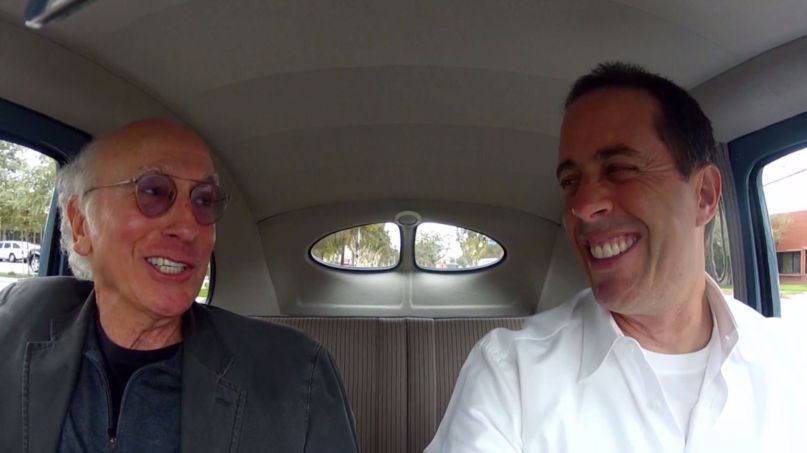 Jerry Seinfeld’s award-winning web series Comedians in Cars Getting Coffee is heading to Netflix. According to The Hollywood Reporter, the streaming giant has entered into a multi-faceted deal with Seinfeld, which grants exclusive streaming rights for all past and future episodes of the show.

All 59 past episodes of Comedians in the Cars Getting Coffee will soon be added to the Netflix library. What’s more, there are plans for 24 new episodes, which should begin rolling out later this year.

The show’s first nine seasons aired on Crackle, where it amassed over 100 million streams. Past episodes have featured everyone from David Letterman to SNL creator Lorne Michaels. Seinfeld cast mates Julia Louis-Dreyfus, Jason Alexander, and Michael Richards, as well as co-creator Larry David, have also appeared on the show.

As part of the deal, Seinfeld will also film two new stand-up specials exclusively for Netflix, the first of which will air sometime in 2017.

The pact with Seinfeld follows similar deals struck by Netflix with A-list comedians including Dave Chappelle and Chris Rock. The streaming giant has promised to spend upward of $6 billion in original content in 2017.