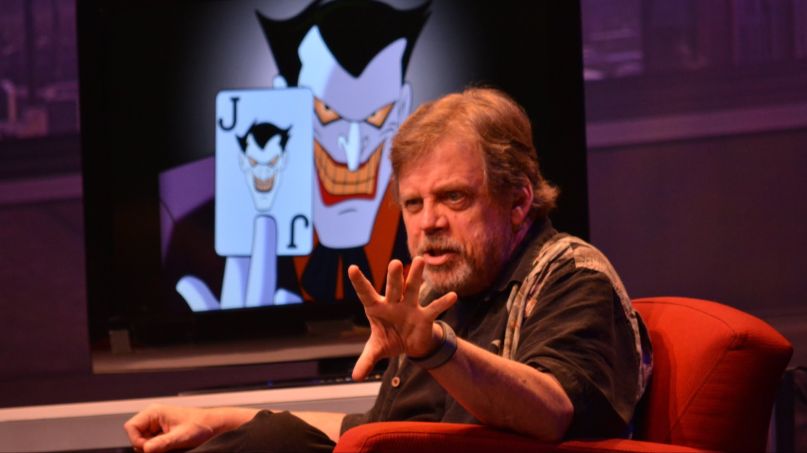 Star Wars actor Mark Hamill has long been lauded for his voiceover work as The Joker in both Batman: The Animated Series and a number of Batman video games. His greatest work as the Batman nemesis, however, may have occurred this weekend, when Hamill tweeted out an audio clip of his Joker reciting Trump’s eye-rollingly repulsive New Year’s Eve tweet.

“Happy New Year to all, including to my many enemies and those who have fought me and lost so badly they just don’t know what to do. Love!” reads the tweet, which sounds sinister and hubristic in Hamill’s shrill, unhinged timbre. Listen to it below:

The idea actually came from comedy writer Matt Oswalt, who tweeted out:

this sounds like something the Joker would say right before releasing a swarm of killer bees into Gotham https://t.co/SyKsCHvyuh

BILLION DOLLAR IDEA: an App that you can feed every Trump tweet into that plays it back in @HamillHimself Joker voice. You're welcome.

After a bump from Oswalt’s brother, Patton Oswalt, Hamill responded:

As soon as I figure out how to tweet soundbites, I'd LOVE to. Nobody writes better super-villain dialogue than #Trumputin! #KremlinCandidate https://t.co/jjVyRzWl7v

The way @HamillHimself draws out the word "love" in his first "Joker reads Trump quotes" audio is SO UNSETTLING.

And so were we.