New York’s Loose Buttons do some major soul-searching on “Am I the Only Reason?” — listen 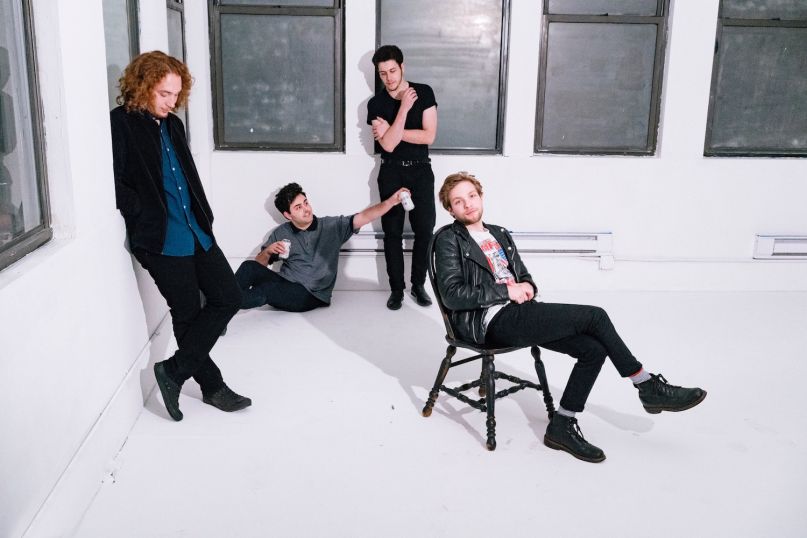 The days, weeks, and months that follow a breakup are not unlike the aftermath of an explosion: There are piles of physical and emotional debris to sift through, everything’s lost its order, and the trauma will permanently mess with your head in profound ways. It’s never an easy time sanity-wise, but thankfully New York indie rockers Loose Buttons have something of a remedy for those struggling to survive the relationship blues; the band describes their upcoming EP, Sundays, as “the ultimate guide to a relationship comedown.”

One of the EP’s tracks, which is premiering today, deals specifically with the moment when all the smoke and haze has finally lifted, clarity settles in, and the real soul-searching begins. “Am I the Only Reason?” sees Loose Buttons looking in the mirror and asking whether they are the ones to blame for the split. It’s a tricky line of questioning that can quickly devolve into a lot of tears of regret, but it’s necessary for closure, and well, a good exercise in accountability if you truly did fudge things up in the end.

As though reaching an epiphany, the four-piece is ushered in by glimmering, wistful guitars. Frontman Eric Nizgretsky, in his best Alex Turner suit, is irresistibly sincere when he croons the track’s title during the chorus, his voice stretching to meet his ex. His bandmates back him up with smooth vocals of their own, and a vintage ’60s touch that puts them on par with the likes of Turner’s The Last Shadow Puppets or a perhaps a cameo on That Thing You Do!.

“During a stressful night of tossing and turning in my bed, I kept on asking myself ‘Am I the only reason this relationship didn’t work out?’,” Nizgretsky tells Consequence of Sound of the song. “In past relationships, I’d tend to find reasons why the other person is to blame, but sometimes you need to take a good old fashioned look inside to see what you did wrong. Through that nagging paranoia we penned the song ‘Am I The Only Reason?'”

Stream the track down below.