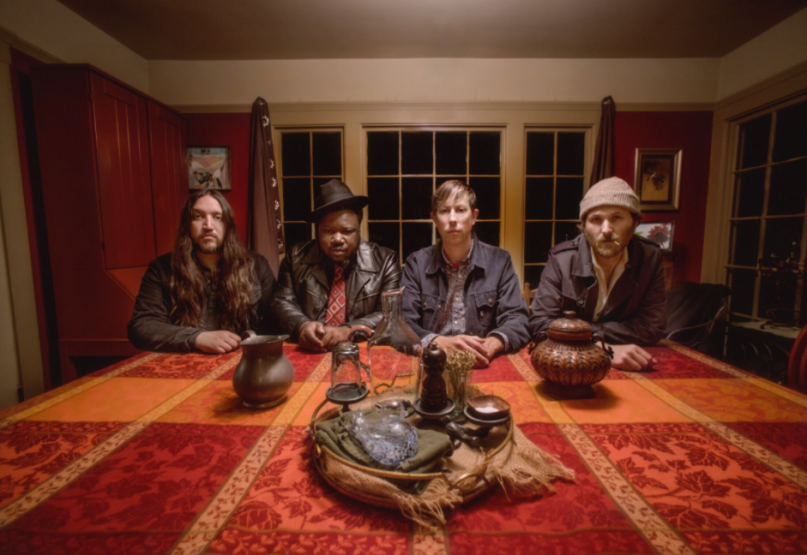 For a group seeking to bring back the psychedelic, progressive sounds of the ’70s, the name Once & Future Band couldn’t be any more fitting. The Oakland-based four-piece is working hard to revitalize the swirling aesthetics of the likes of Yes and Steely Dan, crafting songs that carry the spirit of the past into the elegantly produced future. It’s like listening to Pink Floyd from a pod on a spaceship from 2001: A Space Odyssey, as you can hear on the band’s newest single, “Tell Me Those Are Tears of Joy”.

Cut from Once & Future Band’s forthcoming self-titled album, due January 27th from Castle Face, “Tell Me Those Are Tears of Joy” tumbles through the astral expanse between two orbiting bodies. At times it’s pleasant, twinkling over skittering drums, or downright wondrous, as with the jazzy bridge. But underneath it all is a lurking danger, something that itches at the back of your brainstem telling you all this beauty could well collapse into chaos at any second. Considering the song’s themes, it’s a perfectly suitable mood.

“This song is about the infinite distances that exist even between people who are very close,” the band explains to Consequence of Sound. “It describes someone teetering on the edge confessing a secret love, drowning in a sea of doubt with only a glimmer of hope on the horizon.” It’s an emotional unrest that’s well encapsulated on the first lines of the chorus: “Tell me those are tears of joy/ And not of sorrow for what’s been destroyed.”

Preorders for Once & Future Band are going on here, with digital copies available here.