A note from Roger: "The resistance begins today" 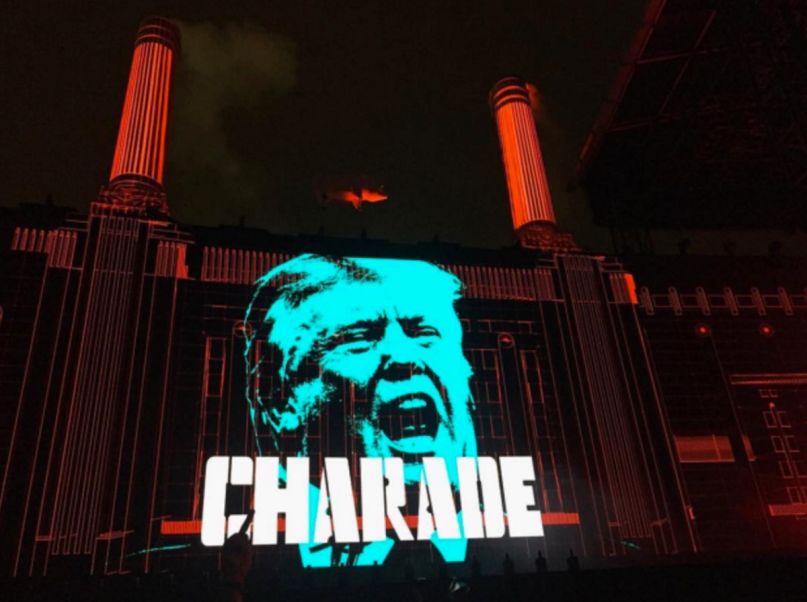 Waters enthralled 300,000 fans with a fiery performance of the standout Animals track that was enhanced by anti-Trump imagery projected on massive video screens and of course, inflatable pigs floating over the crowd. In addition to powerful depictions of Trump standing in front of the White House with a machine gun prior to giving the Nazi salute and surrounding himself with KKK members, Waters displayed many of Trump’s most incendiary quotes in Spanish on the screens.

The quotes included Trump’s statements about the proposed wall, his infamous “I’ve always had a great relationship with blacks” assertion, and his doubts about global warming.

Waters is just one of many musicians who are fighting back against a Trump presidency. Last night, Prophet of Rage hosted an Anti-Inaugural Ball, and The National, Sleater-Kinney, and Tig Notaro are among the many taking part in a Women’s March on Washington afterparty in DC tonight. For a full rundown, check out our feature, D.C. Dissidents: Behind the Frontlines of Washington’s Anti-Inaugural Concerts.

It’s going to be a long four years, but at least artists are inspiring others to stand up for their beliefs.