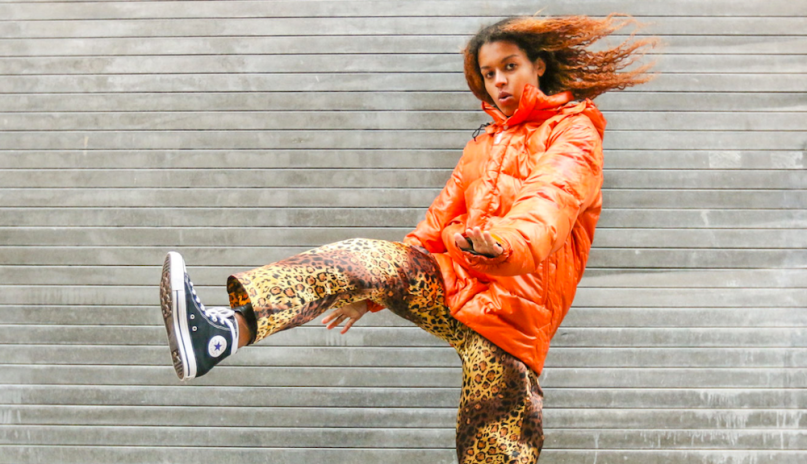 On March 31st, Moolchan will issue her first proper album on Merge, titled It’s a Myth. It was recorded with the help of Jonah Takagi and Mary Timony of fellow label mates Ex Hex, and is said to walk a more experimental path than Gymnastics.

“Gymnastics was definitely rhythm-based, syllable-based,” Moolchan told the City Paper last year. “I was really drawn to the most simple beat on [the drum machine] because it was the pace I was at in life, and that was the rhythm that I was in.”

The mindset going into the new album, meanwhile, was “discovery.” “Like, what happens when I try this instrument? Do I like it? Can I find myself in this instrument?” she explained, adding, “I think [the new songs are] coming from the same place but the way things are expressed are different, and there are different conclusions to things.”

As a preview of It’s a Myth, Moolchan has let loose a hypnotic quick-hitter called “Inside Edition”, which can be heard below.