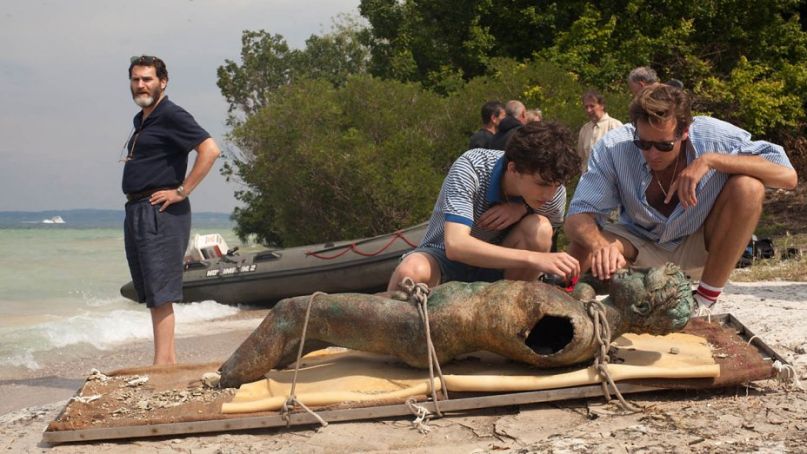 A Bigger Splash director Luca Guadagnino is set to premiere his latest film Call Me By Your Name at Sundance on January 22nd, as The Hollywood Reporter notes. The Italian filmmaker teamed up with James Ivory on the screenplay, a gay love story based on Andre Aciman’s novel of the same name. The film stars Armie Hammer as a 24-year old American student spending the summer of 1983 in Northern Italy, where he begins a romance with a 17-year-old Jewish-American boy played by Timothee Chalamet. The most notable aspect of the film’s production, however, may lie in the music: Call Me By Your Name will feature original songs written and performed by Sufjan Stevens.

Stevens’ last album was the outstanding 2015 LP Carrie & Lowell, and this will mark his first attempt to soundtrack a feature-length film. Back in 2007, Stevens composed a mixed-medium work entitled The BQE, in which he directed and wrote an original film and composed the live orchestral accompaniment.

As The Hollywood Reporter confirmed, Sony Pictures Classics has already scooped up worldwide rights to Call Me by Your Name, though a release date has not yet been announced.