What better way to stick it to your ex than by working with his rival? 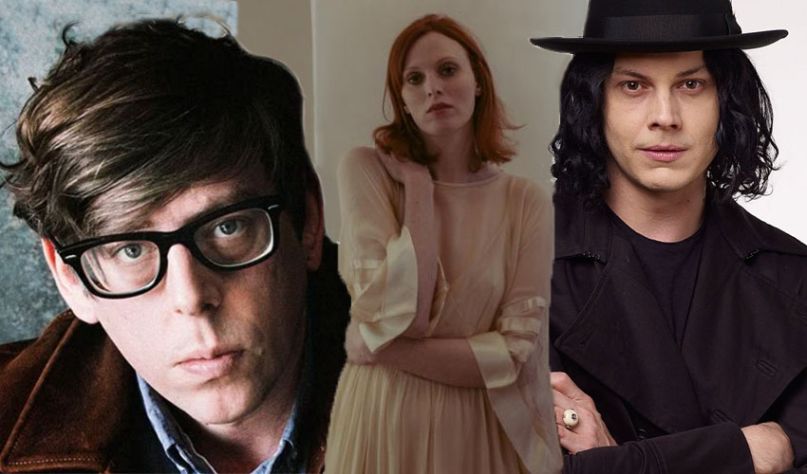 Karen Elson has today announced the follow-up to her 2010 debut, The Ghost Who Walks. Called Double Roses, the new record is out April 7th via H.O.T. Records LTD.

Elson’s sophomore effort features quite an impressive lists of collaborators, but one name sticks out as particularly fascinating. The Black Keys drummer Patrick Carney co-produced one of the tracks on the album, “Call Your Name”. Carney serving as producer isn’t anything new, but what’s interesting here is that Elson is the ex-wife of The Black Keys’ long-time rival, Jack White.

The feud between White and the Keys has been well-documented for some time now. Though it typically stems from White’s distaste for being grouped into the same sonic category as the Carney’s band, it’s gotten incredibly personal over the years. When White and Elson were involved in a heated custody dispute, the fact that their kids went to the same school as Dan Auerbach’s was a major source on contention.

White actually produced Elson’s first LP and released it on Third Man Records, so perhaps working with Carney on its follow-up is her subtle little way of shading her former husband. Or maybe it’s Carney getting back at White for that alleged fight a few years ago. Of course, it could just be two artist who respect each other working together. Who’s to say?

In a press release, Elson calls the song a “turning point” in writing the album, where “things she’d kept bottled up for years began pouring out…” Perhaps making another connection to White is a stretch, but the chorus does feature the lyrics, “I am alone, I am free/ No one to come and conquer me/ Out in the waves you slipped away/ From me.” That certainly sounds like the end of a rocky relationship, n’est-ce pas? Take a listen below.