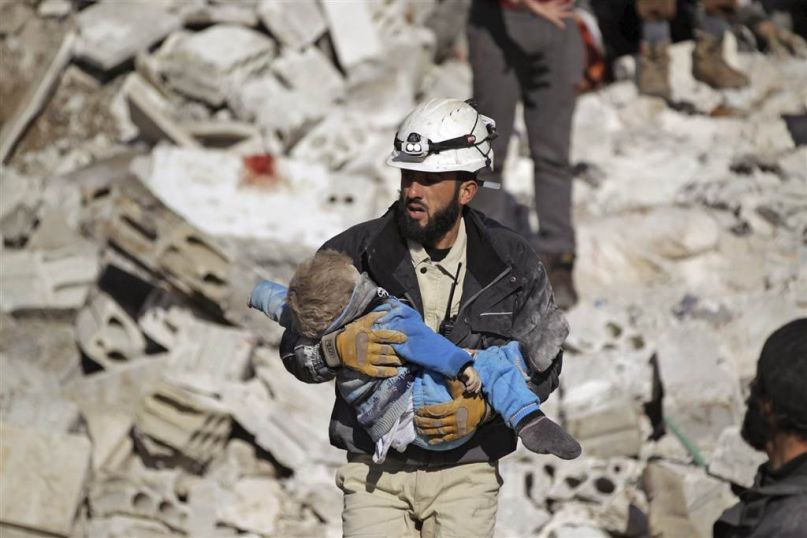 The draconian immigration policies enacted by President Donald Trump affect people of all kinds, even real-life heroes like the White Helmets, a group of volunteers who’ve rescued thousands of victims of the Syrian civil war. A Netflix documentary about the group is nominated for Best Documentary at the 2017 Academy Awards, but because of Trump’s executive order banning visitors from Syria, none of the White Helmets will be able to attend the February 26th gala in person.

In a statement, the film’s producer Joanna Natasegara said, “We have always said that if we were to be nominated, we would bring Raed Saleh, the head of the White Helmets, who has spoken many times in D.C., and Khaled Khateeb, the young cinematographer who risked his life over and over again, as our guests. They’ve been nominated for a Nobel Peace Prize — these people are the bravest humanitarians on the planet, and the idea that they could not be able to come with us and enjoy that success is just abhorrent.”

Along with the White Helmets, Iranian filmmaker Asghar Farhadi is barred from attending this year’s Oscars, where his film The Salesman is nominated for Best Foreign Film.

Below, watch a trailer for Netflix’s documentary about the White Helmets: