A collaboration taken from the veteran outfit's upcoming album, The Temple of I & I 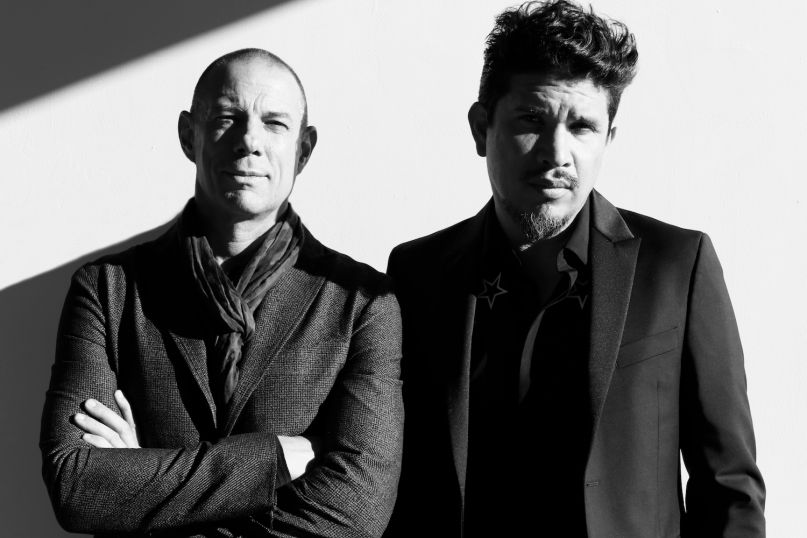 Next month, Thievery Corporation are set to return with their latest studio album, The Temple of I & I. The follow-up to 2014’s Saudade, the new collection spans 15 tracks and is said to be inspired by the music and culture of Jamaica, where they set up shop during the early months of 2015.

“On the musical map, Jamaica is an entire continent,” the band’s Eric Hilton explained in a statement. “Frankly, we could have spent a year there, soaking up the vibes in the air and the strength and resilience resonating from the people. And for us, the only way to connect with this rich source of inspiration was to work in that environment — to feel the pulse of the place.”

Thematically, The Temple of I & I represents “a place of worship that exists only in our
imagination; a place where all people are chosen people and the unity of living things is possible.” Hilton elaborated, saying, “So much of the world is divided into tribes and belief systems that have imprisoned people’s consciousness and allowed a few to control the many.”

Their self-aware worldview and desire for inclusion pop up especially on the veteran DJ outfit’s freshest offering, “Ghetto Matrix”. Here, Thievery Corporation and longtime hip-hop collaborator Mr. Lif reflect on the destruction and decay brought on by greed, employing a nice balance of magnetic confidence and smooth thoughtfulness on the downtempo number. “The poverty stricken victims/ Produce the paint for the portrait/ So humble/ Yet the struggle was sold and went corporate,” Mr. Lif can be heard rhyming.

The Temple of I &I arrives February 10th via ESL Music. For more, hear “Let the Chalice Blaze” and “Letter to the Editor”.

The Temple of I & I Artwork: