Ten years ago, things were much, much different ... sort of 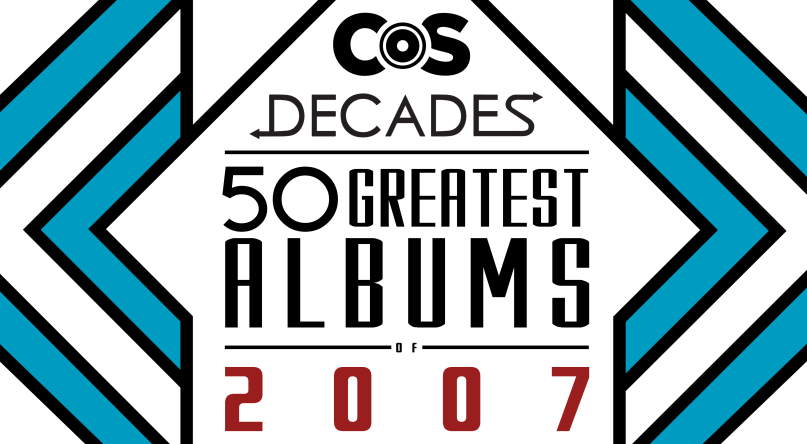 Decades is a new, recurring feature that turns back the clock to critical anniversaries of albums, songs, and films. This month, we dial it back to the top 50 albums of 2007.

“Ten years! Ten years!” Remember that line from Grosse Point Blank? Think it was Jeremy Piven, back when he looked more like Bruce Springsteen and less like Hair Plug Harry. Nevertheless, it’s been a whole decade since 2007, though really, it feels like two depending on where you’re standing. For us, 2017 marks the 10th anniversary of Consequence of Sound — hold the bubbly; we’ll blow out the candles come September, rest assured — and there’s this nagging feeling that time’s been both long and short, namely because it’s easy to lose track of time when you’re in a never-ending marathon.

It’s all about the cycle. We start the year with new albums, we love or hate those new albums, and we put a few of those new albums on a year-end list before Christmas. Rinse and repeat. Doing that 10 times has made things feel fast, but when you actually break out of that bubble, it’s disheartening to know how much time has actually gone by. I mean, do any of you even remember 2007? Of course you do. It wasn’t that long ago, right? Well, kind of. Come to think of it, we were still living in Bush’s America, where Heath Ledger was alive, Kanye didn’t shrug, and Obama was a Senator with his sights on Capitol Hill.

Sure, we were on the precipice of a financial crisis that would reach near-biblical proportions, but that hardly affected the music industry, at least not the quality. Indie rock was all the rage, music festivals were sporting their strongest lineups, and Radiohead were essentially giving away one of their best albums to date. In the months ahead, we’re going to take a long stroll through that year, focusing on its albums, songs, and films. It’s going to be nostalgic, yes, but also rewarding to see how the then wound up shaping the now. We’re looking at the whole thing like a bizarre pop culture science experiment.

This month begins with albums, next month songs, and the month after that will tackle films. Looking at the first list, however, it’s almost unfair how many essential albums were released between January 2007 and January 2008. Naturally, hindsight only made it more difficult to piece this thing together, and that’s something you have to consider when you’re looking back 10, 20, or even 40 years ago. What was big then might be small now and vice versa. Yet sometimes — less often than we’d like to admit — culture actually got it right the first time around, and that’s pretty much the case with this list.

Of course, we’re a little bias having lived it, but we’ll leave it to you to agree, disagree, or rebel. If anything, you’ll have a kick revisiting most of these albums, some of which may have never left your rotation. If our “calculations” are correct, they never did.