They'll be joined on the road by Mumford and Sons, Noel Gallagher, and The Lumineers 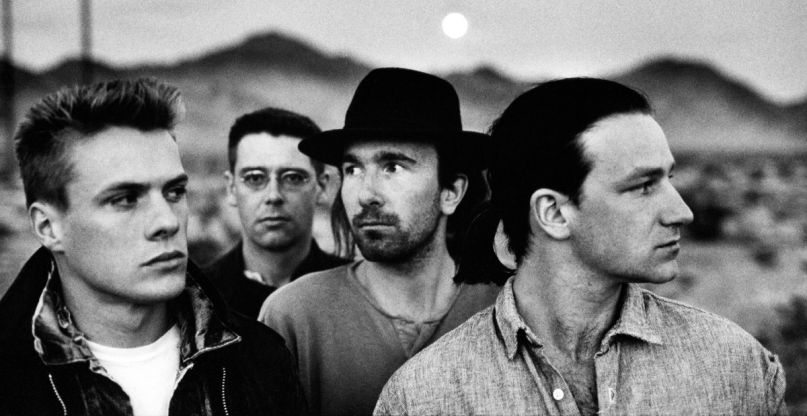 U2 will play a series of special shows commemorating the 30th anniversary of The Joshua Tree. As announced today, the tour kicks off May 12th in Vancouver and sees the band play stadiums across the US and Canada, as well as headline Bonnaroo, before making their way to the UK/Europe in July. They’ll be joined on the road by an impressive group of support acts, including Mumford and Sons, Noel Gallagher’s High Flying Birds, and The Lumineers.

Speaking to Rolling Stone about the tour, The Edge confirmed that U2 intends to perform The Joshua Tree in entirety at each date: “The show might not necessarily start with track one, side one, ‘Where the Streets Have No Name’, because we feel like maybe we need to build up to that moment, so we’re still in the middle of figuring out exactly how the running order will go, so yes. We will be playing the album in sequence.”

Beyond the album’s 30th anniversary, The Edge said the current political environment was the main impetus for the tour.

“That record was written in the mid-Eighties, during the Reagan-Thatcher era of British and U.S. politics. It was a period when there was a lot of unrest. Thatcher was in the throes of trying to put down the miners’ strike; there was all kinds of shenanigans going on in Central America. It feels like we’re right back there in a way. I don’t think any of our work has ever come full circle to that extent. It just felt like, ‘Wow, these songs have a new meaning and a new resonance today that they didn’t have three years ago, four years ago.'”