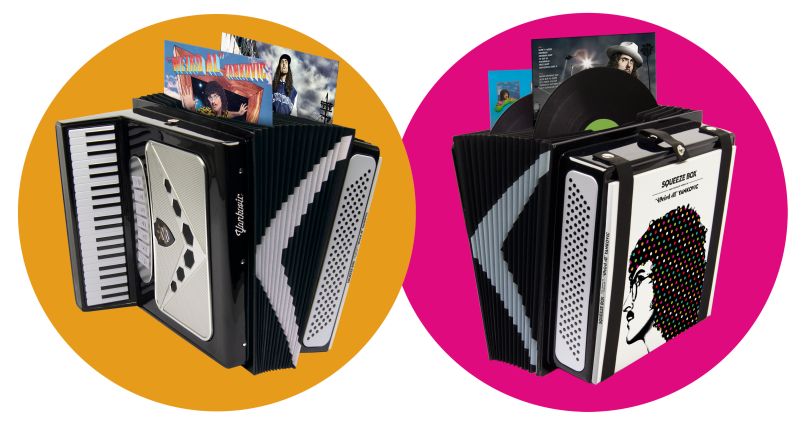 In uncertain times, it’s always nice to stop and remember that “Weird Al” Yankovic is still out there doing his thing, whether through his stint on Comedy Bang Bang or his continuously prolific parody work. And after 2014’s Mandatory Fun became the first Billboard No. 1 album of Yankovic’s career (finally!), not to mention the first comedy album to ever debut in that position, “Weird Al” has more than earned a victory lap.

As those go, re-releasing your entire discography seems like a pretty good one. Squeeze Box: The Complete Works of “Weird Al” Yankovic will package together all 14 of Yankovic’s studio albums on 150-gram vinyl, CD, and digital download, as well as Medium Rarities, a collection of non-album tracks from various eras of his career curated by Yankovic. Plus, this being a “Weird Al” Yankovic collection, Squeeze Box will present all of its material in the form of an accordion, with each album stored in the bellows alongside a 100-page book of rare and previously unseen photos and memorabilia.

It’s a fitting tribute to popular music’s foremost parodist, and a chance for audiences to rediscover some of Yankovic’s wonderfully bizarre album material. While much of the fun of “Weird Al” has always been his knack for capturing the sounds of his comic targets, his stranger material (like the rambling, 11-minute “Albuquerque” from 1999’s Running With Scissors) is just as entertaining.

Squeeze Box is already available for pre-order via Yankovic’s PledgeMusic page, and will be officially released on November 24th.