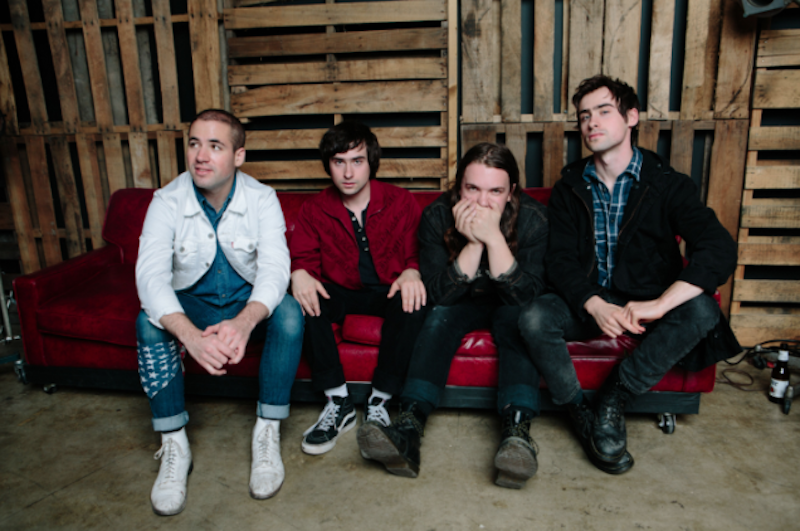 Kentucky’s — no, America’s favorite garage punks White Reaper have announced their return with a brand new album, The World’s Best American Band. The CoSigned outfit’s follow-up to 2015’s White Reaper Does It Again is due out April 7th from Polyvinyl.

Despite its boastfulness, the band isn’t shy about the new record’s title. “Because we are the best,” guitarist/vocalist Tony Esposito said in a press release. “Just like Muhammad Ali was the greatest, you gotta say it out loud for people to believe it.” While we can think of one other person who certainly subscribes to that belief, the White Reaper boys can back it up with killer guitar rock tracks like fresh single “Judy French”.

“Judy French” is a frills-free slice of power pop, strutting not only with confidence but unbridled glee. Check it out via its inventive lyric video below.

Pre-orders for The World’s Best American Band are going on now, with an available early bird red vinyl LP limited to just 700 pressings. Find the cover art and tracklist below.