With Lady Gaga locked in, we decided to book the next decade's worth of performers 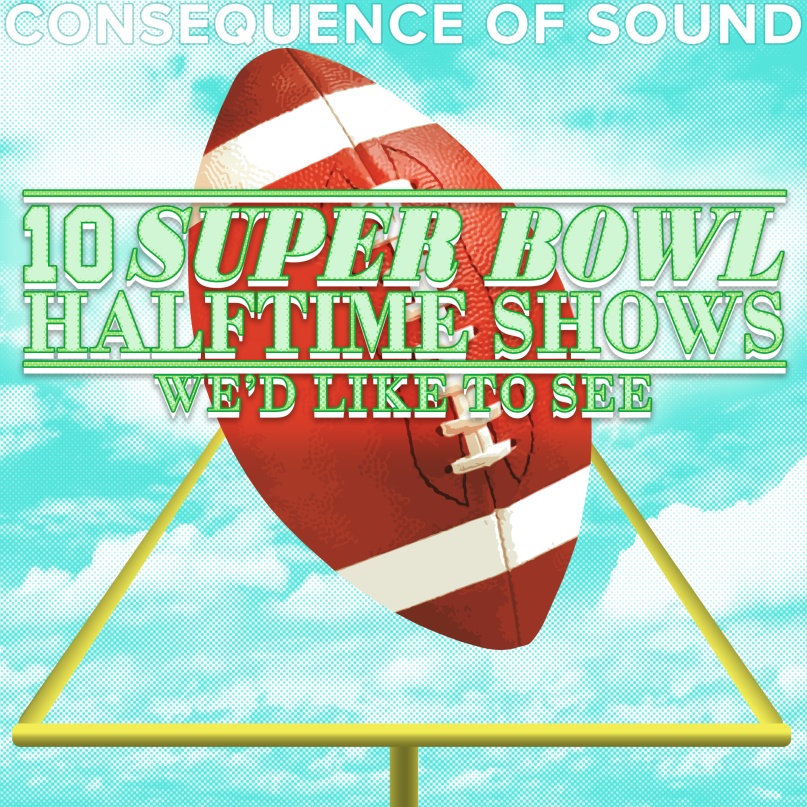 Welcome to Producer’s Chair, a mini-column in which Editor-in-Chief Michael Roffman offers his own career advice to artists and various figureheads in the film and music industry. In this installment, he calls up a few of his fellow editors to book the next decade’s worth of Super Bowl Halftime Shows.

To millions of Americans, the Super Bowl Halftime Show is one more excuse to either grab a beer or escape into the bathroom. For some, though, it’s a chance to see something that may or may not become a cultural moment.

Think back to when Bruce Springsteen’s crotch slid right into everyone’s homes, or when M.I.A. triumphantly flipped the bird, or when Beyoncé left Destiny’s Child in the dust, or … Nipplegate Remix feat. Janet Jackson and Justin Timberlake.

Talk was loud after these moments and the chatter picks up every year we approach the big game. Reason being, everyone’s always thinking about the next performer and whether they’ll top so and so or flop like whatchamajigger.

It’s the guessing that keeps things interesting, which is why we’re already thinking about future performers. Ahead, you’ll see that we played producer and tapped 10 acts, wrote their setlists, invited a few guests, and even drummed up a little controversy.

So grab some chips, snag a dip, and chew on these names. Full disclosure: We tried to be as realistic as possible, but as John Madden once argued: “You got one guy going boom, one guy going whack, and one guy not getting in the endzone.”