Singer can't get over her Grammys bad luck, but still delivers a heartfelt tribute 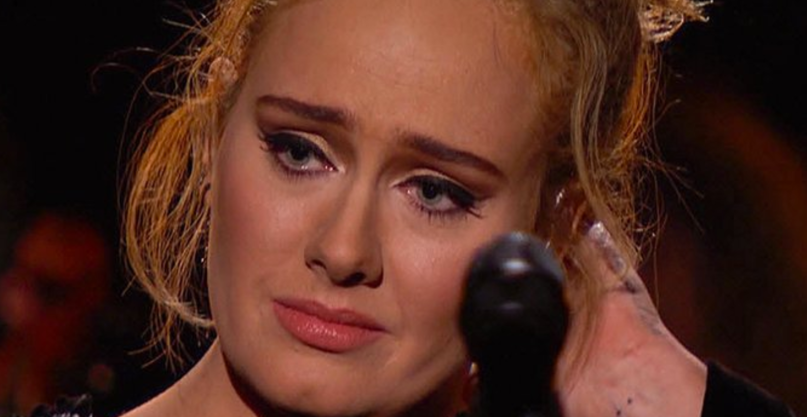 Adele appeared to flub the intro of her Grammys tribute to the late George Michael, saddling the singer with yet another Grammys miscue after last year’s “All I Ask” fiasco. Her performance of “Fastlove” wasn’t entirely a disaster, as after dropping an f-bomb, she restarted the song and received a standing ovation from the extremely supportive audience at Staples Center. She appeared overcome with emotion and struggled to hold back tears, but she can take solace in the fact that she nailed her rendition of “Hello” earlier in the night. Watch below.