After a decade-long hiatus, the band is as sure of its footing as ever 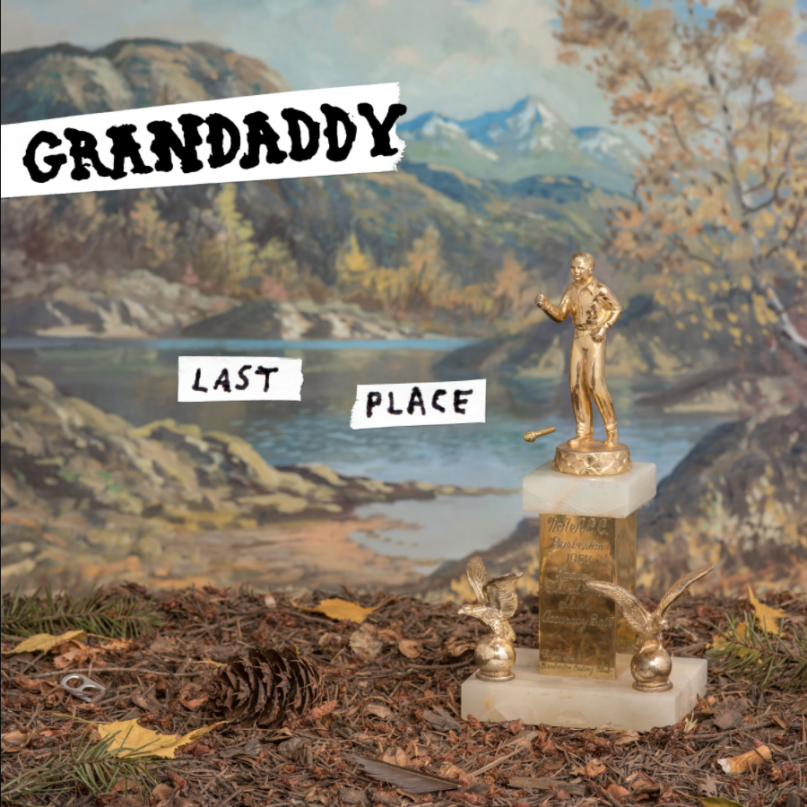 It’s hard to disappear. It didn’t used to be. Bands could dissolve and rumors would float in their place — everything unsubstantiated. Alas, word gets around these days as fans share and keep tabs on the artists who have left them, with the social media machine hardly ever stretching itself any distance from full blast. But there’s something about Grandaddy’s lyrics that gives the impression that a full vanishing act would’ve suited them.

We last heard from Grandaddy, at least in stereo anyway, in 2006 with Just Like the Fambly Cat. The album rounded out with the band — or, more accurately, singer-songwriter Jason Lytle pulling all duties, save for drums — marching off into darkness with a cover of Electric Light Orchestra’s “Shangri-La.” It surely felt like the band was gone for good — its final output being a well-received record at the tail end of a bad year for Lytle.

Since then, it’s not as if the members of Grandaddy have been quiet, with a handful of solo albums and an outing called Admiral Radley (a project featuring Lytle and drummer Aaron Burtch with both members of Earlimart). But it wasn’t until a string of Grandaddy live shows in 2012 that anyone wondered if we’d ever hear another record from the group. Now, five years later, here we are with Last Place, a welcome return that’s more solid than it should be, yet less varied than you might hope.

Opening track “Way We Won’t” is so deliberate and driving that it feels like a shrug-off of the decade away or a simple request to not make a big deal of it (“Damned if we do/ Dumb if we don’t”). Within seconds, Grandaddy comfortably and confidently step back into stride and chug along like a reliable family (or fambly) vehicle with new paint. From there, Last Place further reassures that years don’t wear the band. “Brush With the Wild” and “Evermore” keep the steady toe-tapping composure of older-school indie motion, each song seemingly lamenting a person as much as the band itself.

By the time the spacey less-than-a-minute instrumental track “Oh She Deleter” appears, it feels like a palette cleanser, allowing the band to take a breath after reminding you of their credentials, now able to explore their place in the music scene so many years later. It comes spirited in the faster tune “Check Injin” and more balanced in “The Boat Is in the Barn”, a track reminiscent of the era when bands like Badly Drawn Boy and The Flaming Lips suddenly took over coffee shops. Meanwhile, songs like “I Don’t Wanna Live Here Anymore”, “That’s What You Get for Gettin’ Outta Bed”, and “This Is the Part” do their job without putting in overtime. It’s familiar territory with fewer quirks, serving fans while not necessarily recruiting new ones.

But then there are hypnotizing ballads like the anchored “Jed the 4th”, a thoughtful track featuring a return of its own. This would of course be the same “Jed the Humanoid” who drank himself to death on 2000’s The Sophtware Slump in the eponymous song. Grandaddy’s other two tracks that get us to this count is “Jed’s Other Poem (Beautiful Ground)” and “Jeddy 3’s Poem”, all released around the turn of the century. So even while his usage of Jed hearkens back, Lytle seems more grounded than abstract this round: “You know it’s all a metaphor/ For being drunk and on the floor/ So give it up for Jed the 4th/ Though he don’t come around no more”

If there’s a song on here that shows Grandaddy in full bloom, it’s “A Lost Machine”. Not only is it the album’s longest song, but it’s the track that best reminds you how Grandaddy’s patience in song execution pays off. A swell builds as the chorus line comes over and over: “Everything about us is a lost machine.” There’s such a sense of being at peace in the song’s climax that any mourning that could be read into it serves nostalgia more than loss.

By the time the slow, soft, and acoustic closing track “Songbird Son” comes, you still aren’t sure if the album was meant to be a check-in or a new goodbye. It feels like the former — additionally strengthened by Lytle’s promise of a looser album to come — but Last Place could work as a calm and cathartic exit. The album carries a banner of taking things one day at a time, ultimately winding down before the final song’s final ‘la-das’ with “Some things better left unsaid/ Don’t say nothing/ Message better left unsaid/ Don’t say nothing.”

In truth, Last Place feels like running into a once-dear friend. You make plans to see each other again over a meal or a drink, but even as you head off in opposite directions, delighted by the run-in, you aren’t sure when you’ll see them again. Nevertheless, you’re glad they’re doing well, if only for a moment.