On his long-awaited debut LP, Sampha proves he's on par with, if not above, his collaborators 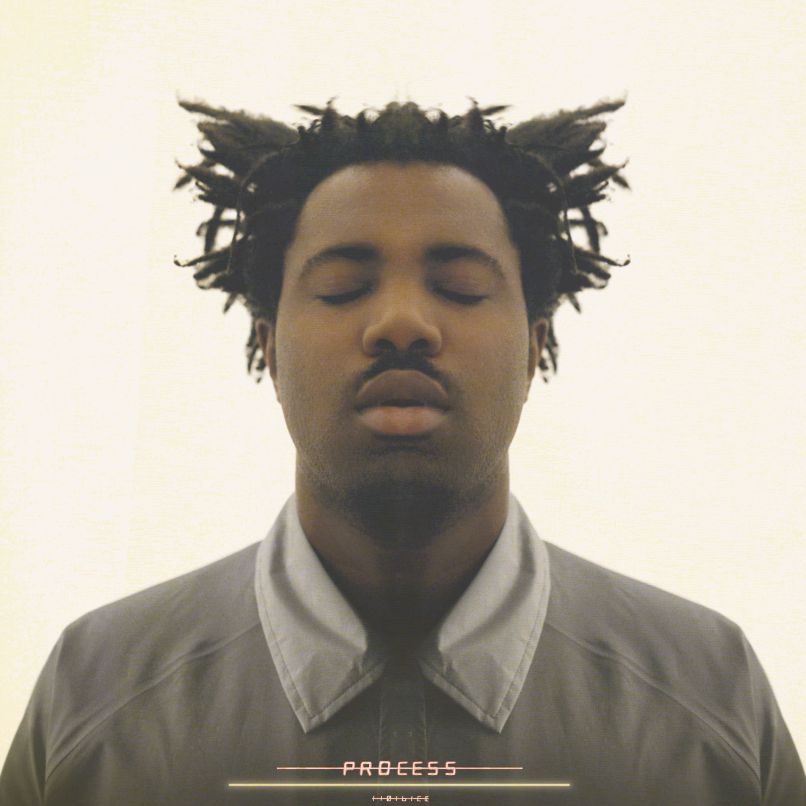 As a songwriter, Sampha is a man of chess. He structures his work with precise, intentional moves. As a singer, Sampha is a man of spontaneity. His voices leaps upwards across its high register like someone whose soul leaps out of his chest. And yet both sides of the musician’s work never quite sound like the precision or passion steering them. At 27 years old, the London singer-songwriter discovered how to straddle the line between R&B, soul, electronica, and dance, and on his long-awaited debut full-length, Process, he manages to skate between sounds without ever sounding disjointed.

It’s evident Sampha plots his creations because of how long it took for Process to come out. In 2010, he released his first EP, Sundanza. In 2013, he released his second, Dual. Then, he waited. Sampha appeared on every big artist’s album — Kanye West’s The Life of Pablo, Frank Ocean’s Endless, Solange’s A Seat at the Table — without ever dropping a full-length of his own. For a moment, it seemed Process would drop at the tail end of 2016, but then, he held it once more. This wasn’t a case of Frank Ocean perfectionism. It’s a musician who wants their grand reveal to be exactly that: grand.

Sampha straightens his tie and accomplishes that grandiosity on Process, proving that he’s operating on the same level as his past collaborators. “Plastic 100°C” opens the album with the first of many unconventional dance structures. He slides behind African harp and polyrhythms on “Kora Sings” while Laura Groves of Blue Roses provides backing vocals. He traces hip-hop’s footsteps on “Under” with a walking bassline. And he thrusts himself into trembling electronics on “Incomplete Kisses”. Sampha laces his hands all throughout the music on Process and the two twirl around in tandem.

As melliferous as his voice is, Sampha scrubs his knuckles against grime with powerful results. Lead single “Blood On Me” outlines a daunting chase as he tries to escape a cruel nightmare, but various lines (like “No need to take from me/ Don’t throw the paint on me” and “They said there’s something bleeding in me/ Something screaming in me/ Something buried deep beneath”) make its political ties clear as day. Elsewhere, he touches on current politics through metaphorical imagery. “Timmy’s Prayer”, which Kanye West co-wrote, tells the story of a man lamenting unrequited love in the wake of a breakup, but Sampha parallels it with prison imagery like jail cell bars, cloudy shades of bruises, and freezing cold nights.

Sampha’s real feat here is his vocal control. Early on in his career, especially among his guest vocal contributions — like, say, SBTRKT’s “Hold On” — he proved how swiftly he could climb scales and, more importantly, soften the delivery while doing so. On Process, that breathy voice becomes illustrious. He knows how to cushion the highest of notes — downtempo club banger “Reverse Faults” opts for falsettos that never fall backwards, palms drawn to their forehead, to feign drama — so that they hit forcefully without seeking attention.

And yet, even though his voice is capable of wringing a range of emotions from his ballads, they leave listeners wanting more. “(No One Knows Me) Like The Piano” feels blank, perhaps despondent, with words that search but run into walls. Occasional backing instrumentation shakes its format, but it ends with unsatisfactory results. Sampha’s quieter numbers feel half-baked compared to, say, the unexpected evolution of “Take Me Inside”, which, in barely two minutes, transitions from a downtempo number akin to John Legend to a keys reinvention on par with James Blake that bursts with heart. It isn’t until the end of the album that Sampha unveils an (almost) realized ballad, “What Shouldn’t I Be?”, where he finally utilizes the gutting tool of his voice while an auto-harp plucks solemnly behind him.

Rare is the debut album that sees a musician control their image and an audience’s investment. Those looking to burrow in Sampha’s mindset — a portrayal of character and emotional complexities only shown through the snapshots of his EP and guest appearances — can rest easy knowing his LP offers enough lyrical courses to chew through. What it lacks is minor and, given his immense talent, a tad comical: vocal delivery that follows through on the words’ emotion.

Sampha is a powerful singer with powerful songs. If he allowed himself to sink deep into those lyrics, he could make every line sound like he’s feeling its weight right then, right there, so listeners can, too. But maybe that was the right choice. If Process was flawless, Sampha’s voice would leave listeners teary, and in a time as somber as now, these uplifting numbers remind us to take a break, immerse ourselves in a rush, and focus on the positive — a welcome path to wander down.

Essential Tracks: “Blood On Me”, “Kora Sings”, and “Take Me Inside”