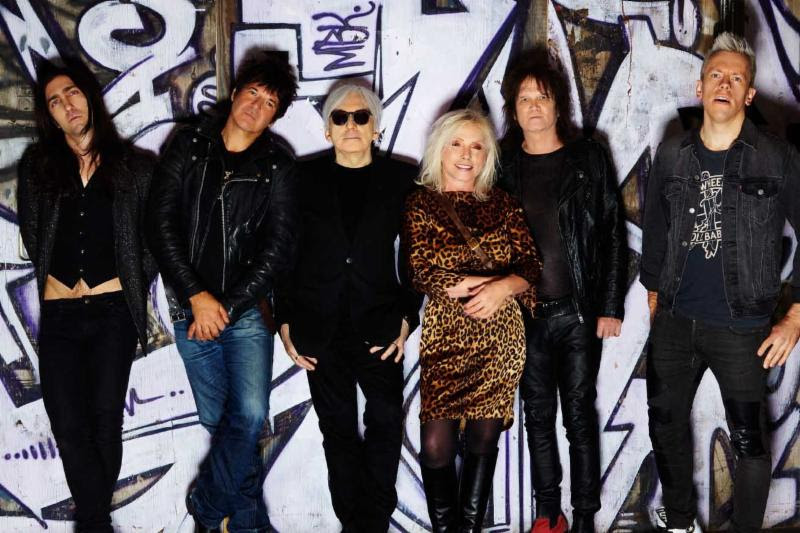 Last year, Blondie masterminds Debbie Harry and Chris Stein spoke to us ahead of David Lynch’s Festival of Disruption, confirming that they’d be releasing their first new album in three years and that it would be very old school. As Stein put it, “The last two records before this were a little more electronic and computer-based, but this one is more organic and very much band-based, a little more old-school.”

He’s a man of his word: This morning, Blondie announced their eleventh studio album, Pollinator, due out May 5th via BMG, and based on how first single “Fun” sounds, it’s going to be very, very old-school. In fact, this sucker sounds like it could have easily popped up on 1978’s Plastic Letters or Parallel Lines. It’s a vintage blend of disco, new wave, and modern pop, no doubt elevated by TV on the Radio’s Dave Sitek who came in with the assist.

Among the album’s other guest contributors: Blood Orange’s Dev Hynes wrote “Long Time”, Sia penned “Best Day Ever”, which features guitar work by The Strokes’ Nick Valensi, Charli XCX helped out on “Gravity”, and Johnny Marr offered up “My Monster”. Elsewhere, Joan Jett sings on “Doom Or Destiny”, Bob’s Burgers comedian John Roberts helps out on “Love Level”, The Gregory Brothers appear on “When I Gave Up On You”, and the one and only Laurie Anderson pops up on a secret track also written by Charli XCX titled “Tonight”.

Even better, the whole thing is produced by Grammy Award-winning producer John Congleton, who aimed to bring the outfit back to their glory days. Of course, we’ll have to wait until summer to hear how the rest of it sounds, but “Fun” is a very, very good harbinger of things to come. So, take a trip to 1978 above and remember to say hello to Joey Ramone for us.

Pre-orders are currently on-going on the band’s official site, where they’re offering all sorts of neat bundles.