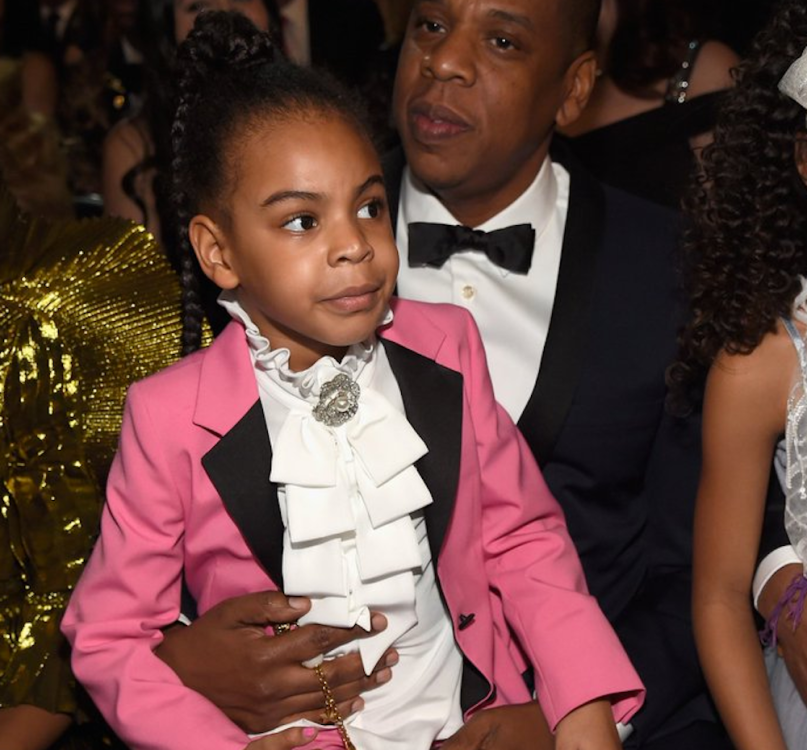 Stardom runs in the family, as tonight’s Grammy Awards proved. Not only did Beyoncé shut down the entire ceremony with her performance, but daughter Blue Ivy immediately earned “Legend” status with her impeccable choice of outfit, random cameos, and onscreen reactions.

Ivy — who rocked a pink tux as a tribute to Prince — could be seen electrified and joyous following her mother’s stunning Lemonade performance. Then, the five-year-old joined James Corden’s “Carpool Karaoke”-themed staging, which despite celebrity assistance from J. Lo and John Legend, simply wasn’t working and kind of in desperate need of an uplift. Cue Blue the savior.

Check out some pics and clips below.

Blue Ivy watching Beyoncé give her acceptance speech is so adorable #GRAMMYs pic.twitter.com/weBhR48DzW

Blue Ivy literally came into that Carpool Karaoke and saved them all #GRAMMYs pic.twitter.com/VUMYfl73PO