Kinks guitarist keeps it in the family with father-son project, Open Road 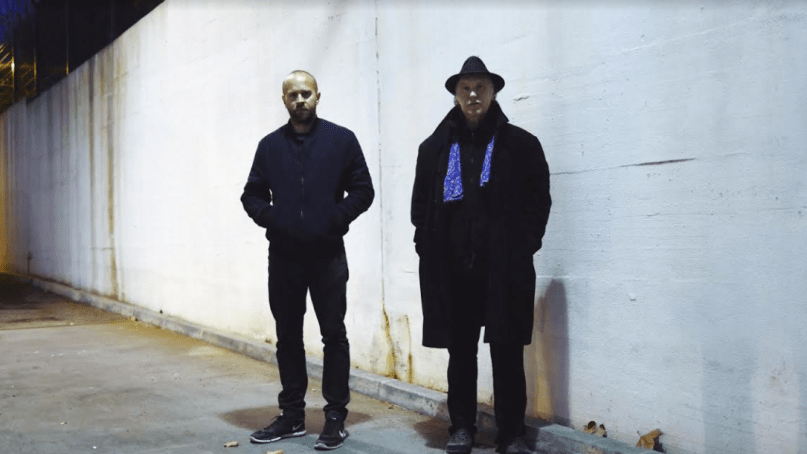 Dave Davies certainly doesn’t have to put any more music out into the world to secure his status as one of rock and roll’s true living legends. The lead guitarist of The Kinks changed the game when he first sliced his amp speaker with a razor blade, and his crunchy riffs have inspired punk and heavy metal bands for no less than half a century. Not what we’d call a shabby legacy.

So, why bother with a new album? Well, you can call it a family thing. For his forthcoming Open Road, Davies collaborated with his son Russ — a successful electronic musician in his own right — to create a collection of “good, honest, traditional songs” that play to each songwriter’s strengths.

The father-son duo has worked together in the past, but never have they sounded as locked-in as they do on new track “Path Is Long”, which we’re premiering exclusively today. Check it out below, and look out for Open Road when it’s released on March 31st.

Below, check out a brief Q&A with Dave and Russ Davies, in which they address the inspiration behind “Path Is Long” and the rest of Open Road.

This isn’t the first time you two have released an album together over the years, most recently 2010’s The Aschere Project. First of all, what made you decide to start working on Open Road? What drew you to making another record with each other?

Dave Davies: We had been talking about making another album together for a few years and the timing seemed right. This time we wanted to make a more song-oriented piece of work with catchy hooks and emotional melodies, so we decided on a more rocky-poppy approach more in the mainstream.

Russ Davies: Yeah, we really just felt it was about time we made a song-based album together which a wider audience can relate to, rather than exploring another experimental concept. Personally, after navigating between alternative sub-genres most of my career, I’ve come to realize that you can’t beat good, honest, traditional songs, and who better to collaborate with on this outing than Dave.

Secondly, Open Road is very different from your past collaborations in that it’s far more of a singer-songwriter album. Why did you decide to go in that direction this time, and how was the writing process different from before?

Dave: It is a more raw, emotional approach. I always admired Russ’ musical talent and wondered how we would mesh our ideas together in a more orthodox setting/backdrop. In other work we’ve collaborated on together, there has always been interesting melodic and emotional sequences, landscaping or whatever. So we wanted to see how these ideas would shape up in a different context.

Russ: I’ve been wanting to produce more traditional singer-songwriter albums for a while and branch away from the electronica albums I usually produce, and saw this as a great opportunity to begin that journey. The collaborative process felt quite similar to before, but just working with traditional arrangement frameworks and instrumentation.

You come from sort of different worlds musically, with Russ’ electronic background and Dave’s legendary rocker status. How did that play itself out in the writing process? Were there aspects of the other’s expertise that you took particular notice of or that impacted your own musical instincts?

Dave: I think we both over the years have learnt to draw from various genres of music. We both love and appreciate various types of music. It was a very fluid and instinctual process. It came together very naturally. Sometimes you need to “wait” and contemplate and allow creativity to flow, and this was very much the case here.

Russ: Yeah, although my career has mostly been electronic music I am a songwriter at heart. I just put my electronica persona and mindset on the shelf and wrote as a songwriter together with Dave. But essentially, I really wanted to make an album that showed Dave’s more sentimental side of writing, and I generally lean on the more reflective and emotive side of music myself, so I think it kind of just fell in place this way. We both just contributed as much as we could wherever we could and the thing developed a momentum of its own.

What’s it like writing as father and son? Songwriting is typically a deeply personal experience, one which requires some honest introspection. How is that experience different — for better or worse — doing it with someone so close to you?

Dave: Daunting in a way. But as Russ said in one of his poignant lyrics, “You and I, we need to trust.” When there is real trust between people, anything is possible. I found it extremely demanding — it’s virtual impossible to fake it. The emotions are bare, raw, and plain to see. I found it quite cleansing and, to be honest, purifying in many ways.

Russ: The songs we choose for the album have a common narrative that we both relate to in our own ways, and could contribute our own personal meaning into the story. I think the interesting thing is that people probably wont be able to tell who wrote what and which lyrics. We are both very committed and passionate musicians so the family aspect maybe played a smaller role than you might think. It’s the music that comes first.

How did that relationship affect the direction of the album as a whole thematically? Can you talk a bit about the driving forces behind the music?

Dave: It kind of grew organically. Once we got started, it kind of grew out of itself. Our deep respect and love for each other carved out the channel for the music.

Russ: I think the family connection probably meant we were more open-minded to each other’s ideas rather than being assholes with each other — which is a good thing. But essentially we approached this as two musicians rather than as father and son. But it was tough at times as I can be a bit of a perfectionist and Dave more a wild spirit, so in the end we both pulled the songs in different directions and met somewhere in the middle.

Dave: It’s reflective-honest-Real, I think. Trying to come to terms with the past yet willing to embrace the future. It has a hopeful expectation about it. The realization of how each event or experience with people we love and interact with are the most precious and valuable times of all. Contentment with life as it is and making the most of it…

Russ: It’s a kind of melancholic, retrospective look back on one’s life and the things that really matter at the end of the day to make a life worthwhile and with meaning. Everyone needs to be reminded of these things and I hope this song makes people feel a bit better for a moment.