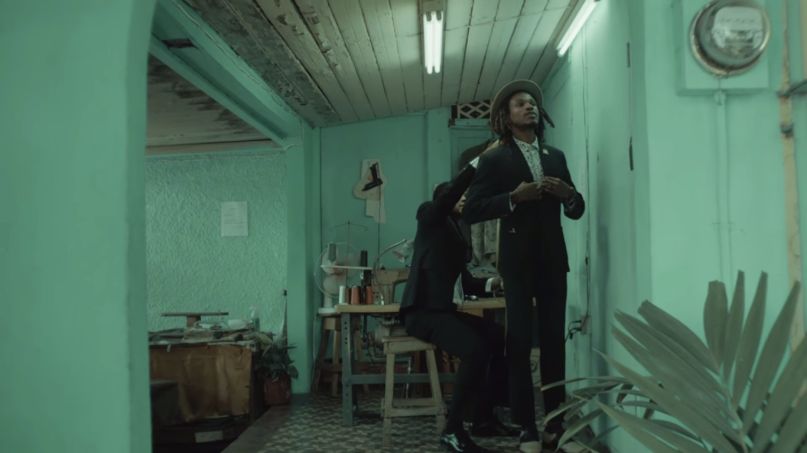 In further evidence that the line between organic art and corporate sponsorship is becoming increasingly blurred, email marketing company MailChimp (ya know, from Serial) is behind VeilHymn, the new collaborative project between Dev Hynes and Bryndon Cook of Starchild & The New Romantic.

That VeilHymn was born out of the company wasn’t revealed in early press releases. “With all of the alter egos, we wanted to play it cool at first and let them each create intrigue and interest on their own,” Mark DiCristina, the senior director of brand marketing at MailChimp, told Pitchfork via email. Sure, sure.

VeilHymn, as you might now recognize, rhymes with MailChimp, and it joins “MailShrimp,” “KaleLimp,” and “WhaleSynth” as one of many “strategically created executions targeting digital subculture.” Their previously released single, “Hymn”, was created exclusively for the company.

Sure, that all sounds decidedly unsexy, but the song itself is great, so who cares? “Hymn” is a slow, slick R&B jam with a killer hook, the result of “years” of collaborations between Hynes and Cook. You can watch the new, interactive video, which features lots of casual, performative dancing, at VeilHymn.com, or via YouTube below.

According to Pitchfork, a press release from MailChimp says the project was created “with the intention that people may organically come across one or two parts of the campaign, piquing their interest enough that they would want to dig deeper.”

Keep putting out quality content and just maybe we will.