Did I Learn Everything I Know About Love from Pop Songs? 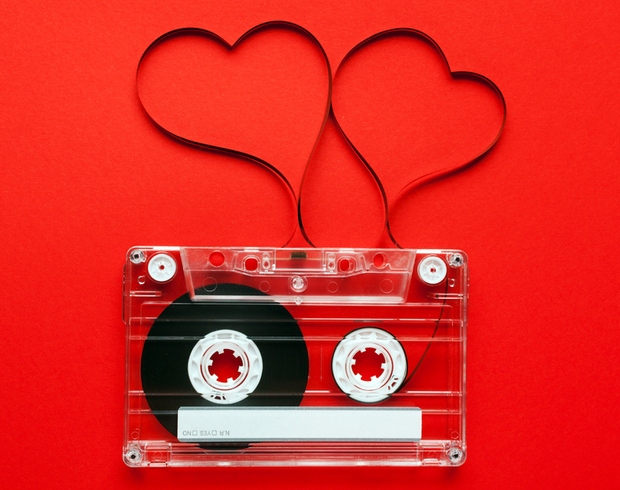 Music, Movies & Moods is a monthly free-form column in which Matt Melis explores the cracks between where art and daily life meet.

Titles matter. You’re probably reading this article because the title above caught your eye. I’m writing this article because a similar title — Everything I Need to Know About Love I Learned from Pop Songs, a collection of essays edited by Laura Roberts – made me pause last Valentine’s Day. As I skimmed essays by writers connecting the relationship dots between artists ranging from the Spice Girls to Neil Young and their own experiences with love, loss, and romantic limbo, I wondered if it might be true. Do pop songs shape the lovers and partners we grow up to become? Do short bursts of radio-friendly ear candy come to define love for us?

Whether we opt to place “love” on a mystical pedestal atop a lush, velvet pillow or reduce it to a chemical reaction (or imbalance), most of us spend adolescence – if not the rest of our lives – trying to wrap our minds around this concept and, more importantly, how to obtain it. Maybe some of you – perfect genetic cocktails of brains, beauty, and charm – instinctively knew how to talk to a girl, execute a come-hither look, or make a move without inflicting irreparable psychological or emotional damage. Great, perfect, grand. For the other 99.9% of us, we needed a little guidance when it came to the birds and the hunks. And that book our parents covertly slipped us in an opaque, brown bag didn’t suffice. Sure, it was comforting to know that masturbation is a natural urge (not so nice to learn that God keeps a strict tally), but that puberty guidebook could hardly qualify as a surrogate love guru.

Like anything else, we learn about romance by soaking in what we observe. Some of us had older siblings or cousins who appeared to already have more moves under their belts than a U-Haul. Others had friends who managed to rendezvous under the school bleachers with a girl a full two or three days before the rest of us, making them virtual Hugh Hefners in our eyes. For me, though — an oldest sibling and cousin and a guy with friends who could be mistaken for the Stranger Things gang — those mentors weren’t there. I lived in a house with parents who had been happily married for more than 20 years, so they were in the maintenance stages of being in love. Watching them was like learning how to change oil or rotate tires before you even own a car or possess a learner’s permit. I needed the 101 course: how to fall in love and fast. Like any child of the ’80s/’90s, I instinctively turned to the tube.

I remember movies being much more influential and educational than pop songs. Watching weekend features and television reruns formed not only my earliest concept of relationships, but gave me blueprints for making my first romantic conquests. Here were my initial Plans A, B, C, and D for finding love: meet a townie girl out of my league while vacationing with family (The Great Outdoors, The Wonder Years), take down a jock against all odds to win his girl (The Karate Kid, Back to the Future, etc.), cross-dress and infiltrate a social circle to earn my dream girl’s confidence (Ladybugs, Just One of the Guys), or flat-out purchase my way to babes and popularity (Money Can’t Buy Me Love). Okay, so maybe a bit far-fetched, but you couldn’t just go up and talk to a girl that you liked; you had to turn it into a “foxy” dance a la Garth in Wayne’s World. For better or worse, these were my first mentors. Daniel LaRusso wasn’t my hero because he focused and delivered the crane kick heard ’round Reseda; he ascended to godlike status because Elisabeth Shue came running into his arms afterwards. All the young men in these films acted as ambassadors from a simpler world where shy dorks eventually got girls, decent guys didn’t finish last, and grand gestures were always the way to a woman’s heart. “They want you to come get them,” Garth advised. “They love it.”

As I got older, I grew slightly more sophisticated. But that didn’t mean movies weren’t still shaping my concepts of love, romance, and relationships. To all my exes reading (yeah, right), every romantic gesture I ever made cribbed at least a little from a film or television show. Again, why go solo when I had a library of pop-culture knowledge and the screen-tested backing of the Writer’s Guild of America? However, I do remember one screening at 15 that made me rethink my source material. My first serious girlfriend and I watched Can’t Hardly Wait together, a schlocky ’90s teen comedy in which Ethan Embry pines through four years of high school for Jennifer Love Hewitt (didn’t we all?) and prepares to tell her that he feels they are destined to be together (citing evidence like similar taste in toaster pastries). After the film, I declared in teenspeak something analogous to “now, that’s true love.” My girlfriend replied with something akin to “now, that’s true stalking.” Didn’t she see the romance in laying it all out there, in unburdening your secret heart’s pent-up desires to a girl who never asked for it in the first place? Well, when you put it that way … Had all these pining, over-the-top movies given me a creepy concept of wooing? Creepier than the word “wooing” itself?

The oldies stations I listened to growing up usually kept it simpler than movies. Hell, The Beatles had all the answers when I was first starting to think about girls in middle school. What did I want? I wanted to hold “her” hand, desperately. “Does ‘she’ love me?” I asked my Magic 8-Ball. I wanted it to shake out a “Yeah, yeah, yeah” so badly. <Outlook bleak.> What did I need? Clearly, all I needed was love. Other acts came much later because they complicated those simple desires. The Beach Boys asked, “Wouldn’t it be nice?” and confessed, “God only knows what I’d be without you,” but those sentiments required a “you” to begin with. I wasn’t there yet, and my parents’ radio station, Pittsburgh’s 3WS, didn’t seem to have many suggestions for a Don Juan still teetering on his romantic training wheels. I remember once flipping to Weezer’s “No One Else” (from the first CD I ever bought for myself) after Bob Dylan’s “It Ain’t Me Babe” faded out on the radio — Rivers Cuomo demanding, even if tongue-in-cheek, total allegiance while Dylan nasally told a girl to shove off because she simply required too much. If these guys couldn’t get on the same page, what chance did I have?

Looking back at the Hot 100 charts from the mid-’90s — the years in which I decided that girls were a species worth investigating — it’s probably for the best that pop songs didn’t sink in the way movies had. If Hollywood endings had already skewed my take on normal, level-headed attraction, how would songs with titles like “I Live My Life for You”, “Total Eclipse of the Heart”, and “I Love You Always Forever” warp me? Haddaway was asking “What Is Love”, and so was I, but looking in the mirror at my chubby thighs, cowlick, and acne lit up like an old telephone switchboard, I had a feeling that we were reaching for different things. I wasn’t looking for “The Most Beautiful Girl in the World” or “Endless Love”; I’d be more than happy with that girl two lockers over if our passion could burn deep enough to last through Friday’s dance. “For better or worse, till death do us part, I’ll love you with every beat of my heart,” promised All-4-One on “I Swear”, the pop song I must have heard more than any other during that time. Christ, I was 11 years old, and they had me signing on for life like a Supreme Court justice. All I really wanted was to hold a girl’s hand (like The Beatles before me), maybe build up to a kiss. But that song didn’t seem to make the ’90s pop charts much.

Of course, I’m a little more savvy about pop songcraft these days. Those songs weren’t looking to mentor boys like me. They were in the business of capturing a feeling and amplifying it so that it felt like every girl hung the moon, matches were preordained by the stars, and each love would burn as endlessly as those same fiery sentinels. And that’s not far off from how it feels when you do collide with someone who shares your orbit. Now 33 and more than a decade into a committed relationship, I appreciate when those songs play and remind me of those initial lightning bolts. Those songs serve the purpose that all music does: they let us know that we’re not alone, no matter how magical, confusing, or heartbreaking the world may seem at a given moment. No, love doesn’t come with an instruction manual (despite the book my dad bought me), but even if pop songs didn’t necessarily guide me towards my first love, they sure as hell reminded me that it was a quest worth undertaking — and that hasn’t changed.

So, how did I turn out? Well, I never ended up hiding behind bushes and singing, “Every breath you take..” if that’s what you’re wondering. I got my first date and kiss from a girl who accidentally tripped me in our middle-school hallway. Pity and guilt can be powerful aphrodisiacs, apparently. My first real girlfriend came a couple years later, and she nearly had to club me over the head and drag me back to her cave by my mane because I was so shy. And, if we fast-forward to my fiancée, well, we met through a mutual friend I sat next to during a chem lab in college. In my humble opinion, any one of those stories would make a terrific pop song.

Happy Valentine’s Day. If you liked this essay, check out “She Loves Me, Not My Music”.