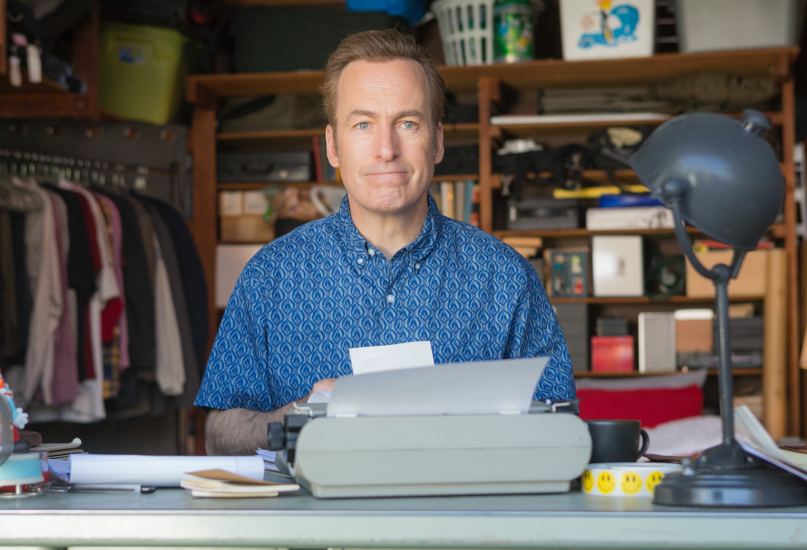 Imagine a world in which greeting-card writers hold the same cultural cachet as National Book Award-winning novelists and you will begin to appreciate the absurdity at the heart of Girlfriend’s Day, Michael Paul Stephenson’s new film for Netflix. Stephenson, whose only previous directorial credits are a pair of good-natured horror documentaries (2009’s Best Worst Movie and 2012’s The American Scream), has a rocky time bringing this alternate reality to life, if only because the premise at its core is such an inherently silly (and oddly specific) one.

Far from a cultural powerhouse, the real-life greeting card industry has been in decline since at least the ‘80s, and a dark cloud hangs over its future now that the digital age is in full swing. Girlfriend’s Day asks its audience to forget this fact and pretend, essentially, that the digital age never happened. Indeed, the closest thing to actual modern technology we see in this film is a flat-screen television set in a bar, and even the bar is themed after greeting cards. This weirdly ahistorical setting has a lot of comedic potential, even if Stephenson and screenwriters Bob Odenkirk, Eric Hoffman, and Philip Zlotorynski can’t quite build a world that doesn’t seem like a badly drawn, mostly joyless caricature of present-day Los Angeles.

Fulfilling most of that potential is Odenkirk himself, who stars as Ray Wentworth, a misanthropic has-been who gets laid off from his job writing romance cards. Though he still fashions himself a tortured Bukowskian artist (“I’m a poet, if you’ve got to label me”), Ray has every reason to drink himself into oblivion watching Bumfights every night. His wife has left him for a kind-hearted cartoonist (Andy Richter), he has to babysit his landlord’s kid to avoid being evicted, and, worst of all, he can’t figure out how to write anything vaguely romantic. Mostly he just stumbles back and forth between his apartment and the bar, appearing even more dour and down-on-his-luck than Odenkirk’s criminal lawyer from Better Call Saul.

Ray’s possible ticket out of hell comes when the governor of California declares a new holiday, Girlfriend’s Day, and announces a contest to write the most romantic card. The contest is open only to amateurs and out-of-work professionals, a detail that suddenly puts Ray and his one-time co-worker Taft (Larry Fessenden) at the front of the pack of would-be greeting-card writers. Things seem to be looking up for Ray until one night he stumbles upon a freshly murdered Taft and enters into a web of conspiracy featuring a shady detective, a couple of reformed (but still violent) racists, and the rivalrous brothers in charge of the world’s two largest greeting-card companies. Just in case you were still wondering, Girlfriend’s Day is not a romantic comedy.

In fact, it’s never quite sure what it wants to be. The film is heavily indebted to noir films like Chinatown and playfully pokes at the genre’s tropes, as when Ray’s English teacher friend (Rich Sommer) advises him to “follow the money … I saw it in a movie once.” But just when we’ve settled into that groove, Amber Tamblyn shows up doing her best Annie Hall impression and we’re yanked back into rom-com territory. These kinds of jarring tonal shifts would be more tolerable in a film that better understands the universe it occupies, but too often Girlfriend’s Day feels like it’s making things up as it goes along, unafraid to introduce another contrived plot device because there are no real rules preventing it from doing so.

With a runtime of just over an hour and enough smirk-inducing moments to make that time worthwhile, Girlfriend’s Day narrowly avoids being crushed by the weight of its own absurdity. But this is far from a polished effort, and some of the satire falls flat because Stephenson and Odenkirk can’t be bothered to ask necessary questions about how the world they’ve created actually works.