Keanu Reeves returns as the unflappable expert assassin, in a major step forward for the series 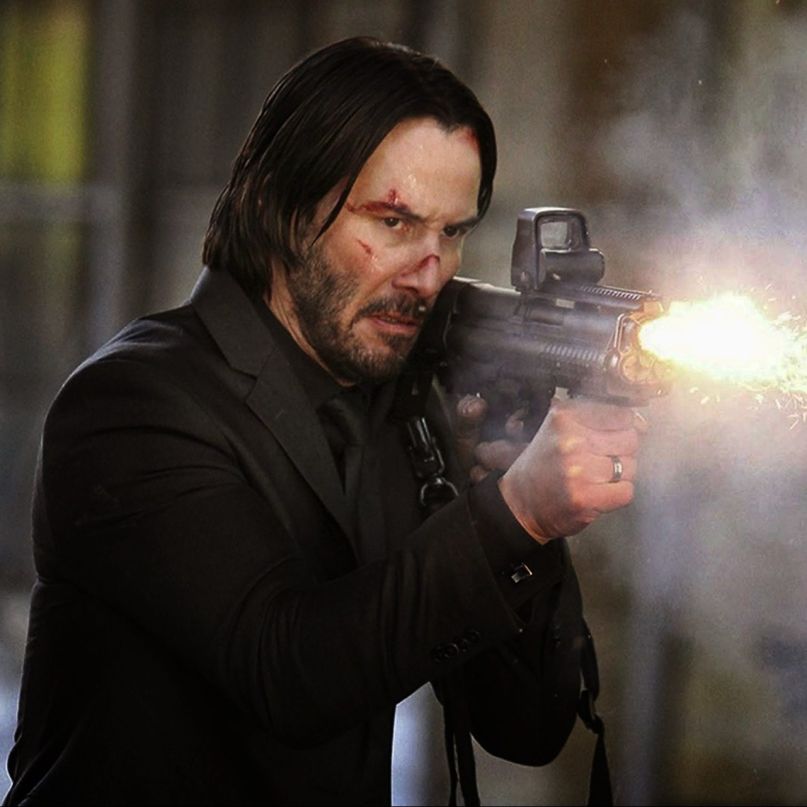 The beauty of 2014’s John Wick, and a likely driver of the cult following it’s grown in the time since its release, is how effortlessly it revived the visual intelligence and sly humor of the ‘90s star-centric action vehicle. For a film as brutally violent as it is, and with such a campy premise on its face (man is left dog by dying wife, dog is killed by Russian gang members, man exacts bloody vengeance for 90-odd minutes), the first Wick felt like an old-style actioner in the best possible ways: the choreography was breathless, the violence hard-hitting in a way that’s largely been replaced by bloodless piles of bodies in the post-9/11 era, and the leading man carried himself with the kind of onscreen presence that so many glowering Bourne clones have tried and failed to match in recent years.

John Wick: Chapter 2 picks up where that film left off, with the legendary assassin John Wick (Keanu Reeves) settling into his newly re-earned retirement after taking out the entire Russian mob in New York City. That is, of course, until Wick has a favor called in by way of a Marker, a sacred oath of the High Table (the council governing all assassins around the world). A Marker is a blood oath made by one killer to another, promising that in exchange for a favor at present, the holder of the Marker can call in repayment on that favor at any time, without question, under threat of death and/or “excommunicado” from the assassins’ order. Right as John buries most of his currency and weaponry under several feet of concrete and aims to settle into his new life with his new dog (who remains nameless), Santino D’Antonio (Riccardo Scamarcio) shows up at John’s house with his Marker, ordering the reluctant Wick to un-retire (again) and assassinate the only person standing between Santino and a seat at the High Table.

Chapter 2 builds on the first film’s wild premise without wasting any time on rehashing the rules; for all of the film’s merits, its trust in the audience to understand its universe’s functions is one of the more admirable. Director Chad Stahelski, working solo this time (the first film’s co-director David Leitch moved on to the upcoming Deadpool sequel), plays well within an increasingly large sandbox, expanding the parameters of Wick’s world just enough to tease at future mysteries while richly paying off much of what’s already been established. When Wick dutifully repays his Marker-mandated debt, he’s burned as so many assassins are, and left to fend for himself with a $7 million contract on his head, sent to every killer in the city. Soon he’s under assault by a host of equally talented murderers, from his first target’s right-hand man (Common) to Santino’s ASL-speaking protector (Ruby Rose) to anybody else in the city who’d like to make a few million dollars. Only his instincts, and perhaps a familiar face or two, can help Wick find his way back to the land of the living. (Well, that and the Continental, the assassin hotel/neutral territory that all killers call home.)

The brunt of Chapter 2 plays like a delirious riff on The Warriors, as Wick slays his way across Rome and NYC while attempting to eliminate enough targets to return to the relative peace of his retirement. All the while, Stahelski keeps the action frequent, distinctive, and memorable, with a wealth of innovative and slickly rendered battles at his disposal. There’s not enough to be said about the film’s stunt work, which has an authenticity and logic to its choreography that elevates the film beyond so many of its contemporaries. One fight sees Wick tumbling down several flights of stairs in succession with an adversary, and it’s at once a great bit of visual comedy and a high-risk achievement in hand-to-hand action. Another pits him against a foe on a subway car, where each has a knife and has to both out-wrestle and outsmart the other. The physicality of Chapter 2 is one of its major highlights, and for as bracingly graphic as some of its violence is (it’s hard to think of a film that features more close-up headshots than this one), there’s a tactile quality to it that situates the film a cut above so much hectic modern genre filmmaking.

Stahelski’s work is frequently baffling in its execution; there’s a late-film battle set in a modern art exhibit that’s at once a clever nod to the “hall of mirrors” action trope and the kind of setpiece that leaves you sitting in your seat wondering exactly how in the hell it was pulled off. It’s a breakout feature for the director, who once again demonstrates his thorough understanding of how simplicity is still a virtue in action filmmaking, and then sprints through a feature-length demonstration of how riveting that simplicity can be. For a film that’s clearly framed as a middle chapter of a longer story, Chapter 2 works fairly well as a standalone revenge flick, and Stahelski’s confident direction is a major component of its success. That table-setting for a later installment also ends up being its one major drawback, however, as many of the crucial showdowns are resolved with non-endings, which becomes frustrating after a while. In setting up for what’ll undoubtedly be an exciting third chapter, Chapter 2 leaves a majority of its characters and plotlines in limbo, and it somewhat diminishes the impact of what’s otherwise an impressive film.

But there’s another party who deserves immense credit here, and it’s Reeves as the pitch-perfect presence at the film’s center. His performance as Wick is every bit as deceptively simple as the films built around it, but it’s one of the actor’s more deftly brilliant turns, and in Chapter 2 Reeves is given the chance to play up every aspect. Returning to the idea of physicality, Reeves’ work is frequently unbelievable, the actor meeting Stahelski’s demands for everything from MMA-style grappling to rapid fisticuffs to elaborate, tactical gunplay with total assurance. Since it’s a film primarily concerned with elaborate acts of violence, Chapter 2 demands that Reeves find his character beats in the heat of battle, which he does with aplomb. When he runs out of bullets, he hurls a gun at his next enemy. When he’s cornered, he finds the most efficient route of egress. There’s a ruthlessness to Reeves’ performance that feels entirely honest to the character, Reeves turning Wick into a killing machine of substantial, on-the-fly intelligence, and the film is better for it. It’s a performance that gives virtually everything an actor can be asked to give in an action-minded film, and Reeves takes his straightforward work from the first film and adds to it, without ever losing the barely-visible wink that makes both films worthwhile.

Chapter 2 is a hyper-violent piece of pulp action cinema through and through, but it’s also an exemplar of how to make such a film with style and intelligence. It’s a hard-hitting film, the gunshots concussive and the methods of killing a human being sometimes ridiculous, but it’s one that takes care to offer more than the vicarious thrills of choreographed bloodshed. (Though, this review can’t oversell it enough: this is a violent movie.) It’s an action film set in a world it takes the time to understand and flesh out, and those set parameters are utilized to creative, often sickly funny ends. Above all, Chapter 2 accomplishes what its first film did, in a far more pronounced way: it leaves you wanting so much more, eager to see what John Wick will do when backed into his next corner. And if the series continues to rise in quality at this rate, we really could be looking at America’s next iconic action series.