Film Review: My Life as a Zucchini 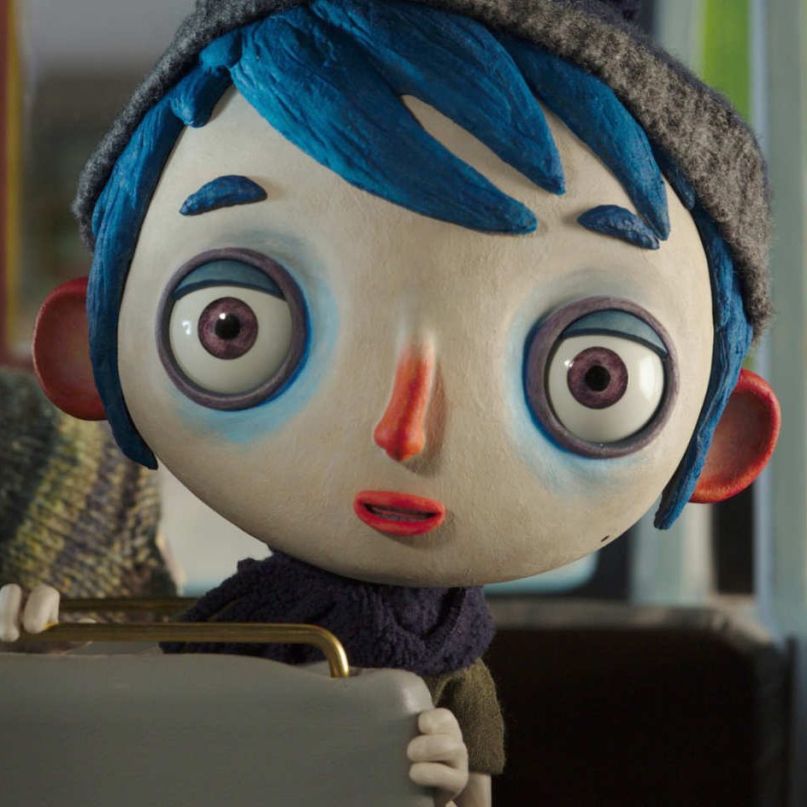 When Courgette (Gaspard Schlatter) arrives at the orphanage Fontaine’s, it’s not as though his circumstances have necessarily declined. The young boy, who prefers to be known only as Zucchini, left an abusive situation; his father is absent save for a superhero drawing that Zucchini made on a kite, and his mother left behind so many empty beer cans that Zucchini started to use them for his art. But when his mother takes a serious fall attempting to reprimand him once again, the kind of fall someone doesn’t wake up from, Zucchini is taken to a place where, if he’s surrounded by other scared kids from similarly awful circumstances, at least he’s safe. Even if he doesn’t realize it yet, and even if “safe” is one of those terms that becomes incredibly fluid to a kid suddenly thrust out into the world, alone.

My Life as a Zucchini, Claude Barras’ affecting stop-motion animation piece, is less about lingering on the tragedies of the past, and more about the struggle to find hope once they’ve come to pass. Zucchini is taken away by Raymond (Michel Vuillermoz), a kindhearted police officer who immediately empathizes with the creative, vulnerable Zucchini. But much like the other kids at Fontaine’s, Zucchini is older; as one classmate notes, “no one wants to adopt kids as old as we are.” But at Fontaine’s, Zucchini finds kindness, at least most of the time. Sure, Simon (Paulin Jaccoud) is a bit of a bully, and Zucchini isn’t exactly used to being around other troubled kids. But in his boundless imagination and with the help of some new friends, Zucchini might find a way to make it in the big, frightening world.

Wisely, My Life as a Zucchini hardly shies away from the very real terrors of childhood. At one point, Simon walks his new acquaintance through the stories of the other kids in the orphanage, and Barras frames the sequence as a disturbing window into how the problems of damaged adults can leave even more damage in their children. Simon’s parents did drugs (“like, a lot”), and the other kids had parents deported, or jailed for theft, or overwhelmed by mental illness (“his mom spends hours flicking lights on and off”). The most pronounced arrives with Camille (Sixtine Murat), a young girl who lost her parents due to a murder-suicide and whose parasitic aunt now seeks to claim custody in order to obtain caretaker benefits. These aren’t just troubled kids, they’re the kids from the most unimaginable circumstances, and Fontaine’s becomes something of a way station, where they learn from each other’s flawed perceptions of adulthood and try to grasp the incomprehensible. (Some of the film’s funniest moments come when the kids attempt to explain sex to each other, based on their very limited knowledge.)

The voiceover work is full of warmth, from Vuillermoz’ warm, empathetic cop to the various teachers at the orphanage, who’ve clearly been working with kids like them for years and know how to get through without ever lapsing into clichéd cruelty. There’s a remarkable depth of empathy to Zucchini that Barras only highlights and emphasizes with the colorful animation and precocious character designs. Everyone’s heads are a little big, but Barras uses the incredibly expressive models to capture the wide-eyed wonder of learning new things about life, even when that learning is a little harder to stomach. It’s a vivacious, colorful film, but one that roots its childlike fantasies in memorable realism. As stop-motion goes, it’s deliberately cartoonish; much of the scenery is minimal in nature, and the movements lean into the halted, skittering nature of the medium. But they’re awkward kids on the cusp of adolescence, and it fits.

It’s a brief film, clocking in at barely 70 minutes, but Zucchini is also far more heartfelt and resonant than so many cacophonous family films. In Camille, Zucchini finds a friend, but also something more that he can’t fully comprehend yet. In his classmates, he finds a new perception of “family” beyond anything he was ever raised to understand. And in being removed from such a brutal environment, he finds the kind of love and affection that the world is good for at its very best. Barras visualizes Fontaine’s as a closed ecosystem of wayward souls who’ve been pushed, but not necessarily broken yet, and a place where kids can still be kids. There isn’t much of a narrative thrust to My Life as a Zucchini outside of the kids’ various interactions, and that’s fine. It’s a simple story of children who have to figure out, at too young an age, what kind of people they’ll be. And in its pervasive sense of hope, Barras seems to suggest that they can be anybody they want. There’s always still time, as long as love remains in the world.