A funny (and relentlessly fast-paced) sprint through the Batman universe 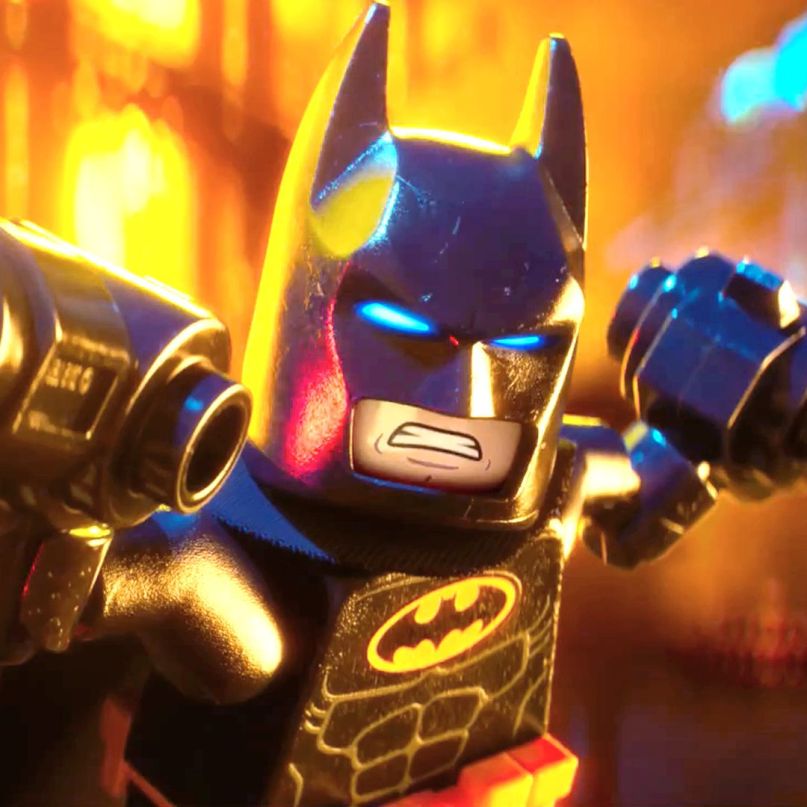 The LEGO Movie understood the insanity of a child’s play in a way unlike few other movies aimed at kids. As people age, they tend to lose their comprehension of just how strange the inside of a child’s brain really is. It’s a place of infinite creativity and curiosity, totally unburdened by obligation or worry, at least until those things are slowly introduced later as part of growing up. But there’s a simplicity to a four-year-old using their imagination to make every toy in the room fit into a cohesive story, one being made up as the game goes along. As a result, three years ago Warner Bros. stumbled upon the ultimate formula for an evergreen movie franchise: a universe built around all of the mismatched toys in the bucket, and that sensation of trying to make them all fit together in an effort to better unpack and understand everything else.

Though it’s worth remembering that The LEGO Batman Movie is just as much in the business of selling toys as its predecessor, the maniacal joy of playing in your own world is somehow escalated this time around. LEGO Batman sees Will Arnett reprise his adorably moody take on the Caped Crusader from The LEGO Movie in a movie that owes more to Deadpool than to any other Batman movie in existence. From the clever Honest Trailer of an opening, in which Arnett growls his way through the opening studio titles and the film’s typically ponderous introduction (“important movies always start with a black screen”), LEGO Batman firmly establishes itself as being in the same business of meta-jokes and warp-speed references as last year’s superhero hit. (One of a number of highlights: a montage running down Batman’s “angry phases” throughout the years, in 2016 and 2012 and 2008 and 2005 and…)

But where Deadpool was a piss-take on the template of origin stories, LEGO Batman manages something a little more unexpected: a thoughtful riff on the tropes of Batman as he’s always existed on the page or screen. In the film’s precious version of Gotham, Bruce Wayne is struggling to find his purpose. He’s lonely, but knows that opening yourself up to people results only in heartbreak. Superman (Channing Tatum) doesn’t invite him to parties with the rest of the Justice League. The Joker (Zach Galifianakis) takes it personally that Batman won’t declare him Gotham’s #1 villain, and more to the point, the #1 villain in Batman’s heart. And now Jim Gordon is stepping down as commissioner in favor of his daughter Barbara (Rosario Dawson), whose vision for a better Gotham involves Batman working with the police, and the end of vigilantism.

For Batman, who works/broods/raps/fights/eats lobster and watches Jerry Maguire alone, his entire existence is coming undone. Alfred (Ralph Fiennes) tries to reason with Master Bruce, but to no avail. He accidentally ends up adopting young Dick Grayson (Michael Cera), a precocious orphan with a heart of gold, and spends most of his time passive-aggressively berating his young charge. Batman doesn’t need anybody (aside from his new crush Barbara, at least), and in a childish fit of outrage, he decides to banish Joker to the Phantom Zone just to prove that the city only needs one true hero, the one who refuses to take off his cowl unless he absolutely has to. Of course, this is exactly the Joker’s plan, leading to a rift opening and a deluge of villains descending on Gotham. And not just villains from the Batman mythology, either. Soon Batman is forced to choose between his self-imposed solitude and the reality that sometimes everybody needs a helping hand.

LEGO Batman essentially reprises The LEGO Movie’s lessons about friendship and teamwork, but what’s entirely more surprising is how well it manages to tap into the loneliness and failure at the center of Batman as a character. (And in a loud, goofy family film, no less.) At one point, Joker observes how little Batman ever accomplishes in any lasting way, and there’s some truth to that. He never captures the bad guys, crime never seems to go away or even down in Gotham, anybody close to him tends to disappear one way or another, and after a while it’s almost as though Batman doesn’t want his enemies to go away for good. In one of the funnier sequences, a cover of “One is the Loneliest Number” underscores Batman’s nightmare scenario, a peaceful world in which togetherness reigns and villainy is a thing of the past. It’s a world that no longer requires a Batman, and where Bruce Wayne loses his sense of self. Sure, it’s also a movie designed to set theaters full of kids howling when “Iron Man Sucks” is revealed as a password, but it also begs the question of how a movie about block toys contains more insight about the character than the whole of Batman v Superman.

Let’s not kid ourselves, though. For as smart as LEGO Batman is about its prized IP, it’s first and foremost a LEGO movie, with all of the wild and slapdash humor audiences will expect. As that goes, it’s largely successful, though it’s worth mentioning that if the first film’s mile-a-minute pacing was an annoyance, LEGO Batman matches and sometimes exceeds that standard. It’s a film rooted in a childlike sense of play, including the way in which it jumps from place to place so quickly that it’s exhausting for anybody older than its target audience. At 104 minutes, it’s a lengthy movie for one that functions at such a nonstop speed, even if the film’s screenplay (penned by five writers) has enough well-executed bits to sustain it throughout. Every time its breakneck pace starts to dull the senses, there’s another quick laugh to keep things light.

(Ranking: Every Batman Film From Worst to Best)

Given the sheer volume of jokes on hand, it’s impressive how often LEGO Batman successfully lands its punchlines. While the film’s attempts at a new breakout hit song smack of studio obligation, the amount of inside baseball played for the benefit of older audience members is a hilarious and welcome surprise. The movie is layered with nods to Batman lore, and not just the kind that audiences will be expecting; there are as many rewards for fans of The Animated Series as there are for viewers who come in with minimal familiarity. It’s rare that more than a few seconds go by before something new and genuinely funny pops up, whether it’s Doug Benson’s impression of Tom Hardy’s Bane or a roll call of every Batman enemy that starts with Joker and works its way down to some of his most ridiculous and ignoble foes over the years. There’s a little something for everyone here, and at least two things for anybody who didn’t care for Suicide Squad.

The LEGO Batman Movie is ultimately dependent on how far your tolerance goes for referential humor, but as that goes, it’s utterly giddy about the giant, WB-branded sandbox in which it gets to play. It’s a little less visually impressive, the depth of field often being blurred or partially obscured by smoke or darkness or oversaturated orange/red hues, but this is rarely distracting outside of some of the more chaotic action scenes. Its messages are kindhearted if familiar, and by the film’s end there’s certainly something to be said these days for a movie extolling the virtues of unity to all ages. But it’s first and foremost a comedy, and it’s a scatterbrained but almost entirely enjoyable one with a wealth of blink-and-you’ll-miss-it gags. It’s also a pretty good Batman movie, as those go.

Just know that there’s yet another giant hole in the sky, threatening to destroy a major metropolis. Not even in our family movies are we safe from the cliché of towering sky danger.