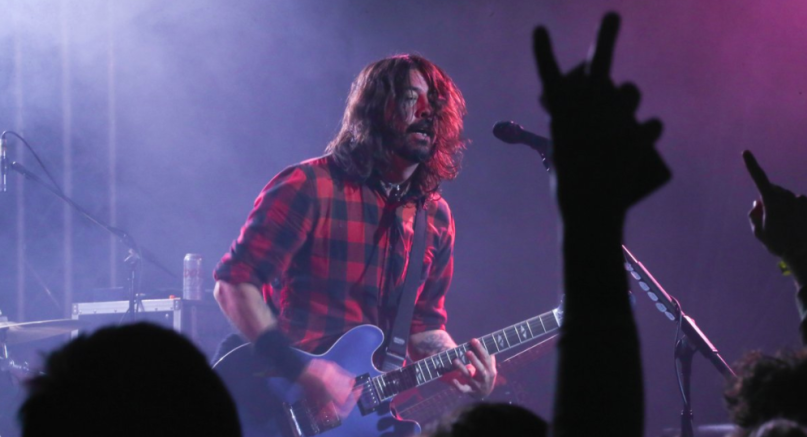 Foo Fighters returned to the stage in Frome, UK on Friday night for their first performance since November 2015. Taking place at a not-for-profit venue called Cheese and Grain, the surprise concert came in anticipation of the band’s headlining appearance at Glastonbury this summer. (The venue is located just miles up the road from the festival’s grounds.)

Showing little rust, Foo Fighters treated fans to a 24-song set that included more than a few surprises. Right from the onset, the band offered the live debut of “Sean” from their Saint Cecilia EP. They also previewed two new songs, “Keep Your Pretty Promise to Yourself” and “Run With Me”. Near the end of the set, the took a series of fan requests, leading to impromptu performances of “Wattershed”, “Big Me”, and “For All the Cows”.

Watch video of the concert below.

Setlist:
Learn to Fly
Sean (Live Debut)
White Limo
Arlandria
Something From Nothing
The Pretender -> Keep Your Pretty Promise to Yourself (New Song) -> Help Me Rhonda (Beach Boys cover)
Walk
My Hero
Cold Day in the Sun
Congregation
These Days
Wheels
Times Like These
All My Life
Skin and Bones
This Is a Call -> Run With Me
Hey, Johnny Park!
Monkey Wrench
Best of You
Wattershed
Big Me
For All the Cows
Enough Space
Everlong