"Basically, they're supposed to write a song to save the world and they haven't done that" 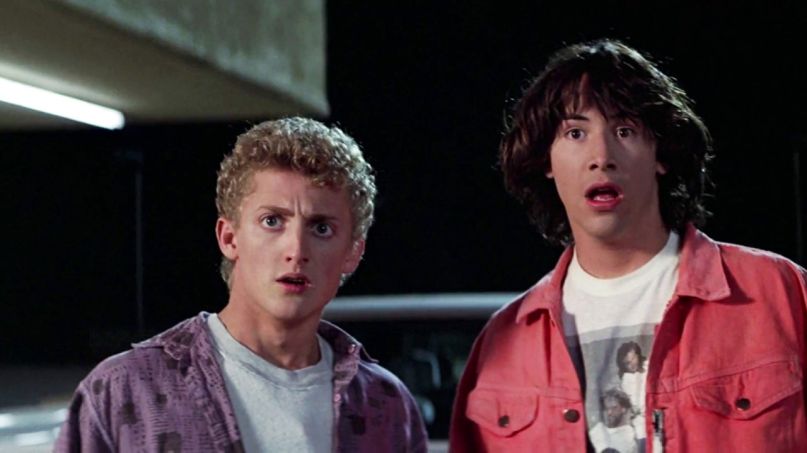 Last year brought word of a new Bill & Ted film. During an appearance on the Graham Norton Show on Friday, Keanu Reeves was asked about the status of the project.

“Bill and Ted are still alive,” Reeves confirmed. “The writers have a story and we’re trying to make it.”

Reeves went on reveal the film’s plot, and it sounds most excellent. “Basically, they’re supposed to write a song to save the world and they haven’t done that,” Reeves explained. “The pressure of having to save the world, their marriages are falling apart, their kids are kind of mad at them, and then someone comes from the future and tells them if they don’t write the song it’s just not the world, it’s the universe. So they have to save the universe because time is breaking apart.”