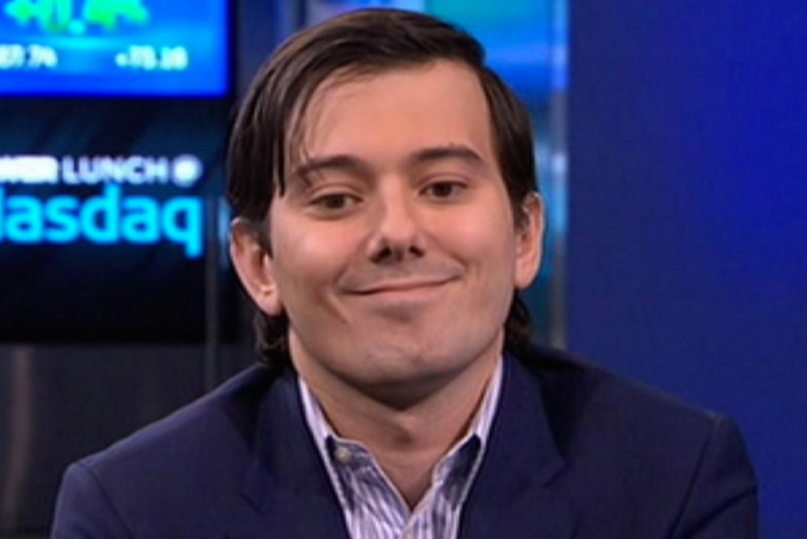 Using the millions of dollars he’s siphoned from the sick, Martin Shkreli has come to amass quite the collection of rare music, including the one-of-a-kind Wu-Tang Clan album, Once Upon a Time in Shaolin, and Lil Wayne’s long-awaited Tha Carter V. He’s shared snippets of songs online in the past, mostly to brag and make others envious ’cause he’s a monster like that. It appears the smarmy pharmadouche, aka “man with the 12-year-old body”, is looking to capitalize further on his fortunes, as he’s just announced a special event in which he’ll play select material from his prized vault.

As Stereogum points out, “An Evening With Martin Shkreli” is set to take place on February 20th at in New York. Along with a presentation and Q&A session (gag), he “WILL play tracks from his unreleased music collection,” reads a page for the event. While diehard Wu stans might see this as a nice gesture from one fan to another, I’m thinking Shkreli threw in the music hook fearing that otherwise his “lecture” could easily go south (or not happen at all) — much like those of his buddy, Breitbart editor and all-around monster Milo Yiannopoulos. Dude, if you wanna raise funds, just let people punch you in the face again.

Update: According to Pitchfork, the event is no longer happening at Webster Hall. It’s unclear whether it will take place at a different venue.

Check out the full details of the event/listening session below. Head here for tickets.

“An Evening With Martin Shkreli – Martin will discuss investing, healthcare and politics in a presentation/lecture format for one hour and will take questions. There will be a bar session after the Q&A where Shkreli will be available to chat and take photographs. He WILL play tracks from his unreleased music collection (Wu-Tang and more).

The event will take place at Webster Hall on February 20th. 18+ to enter and 21+ to drink. Doors open at 7:00 and the event will end at 11:00pm. Questions should be sent to martin@thotpatrol.com.”