Plus, take a look at the revival's cast photo 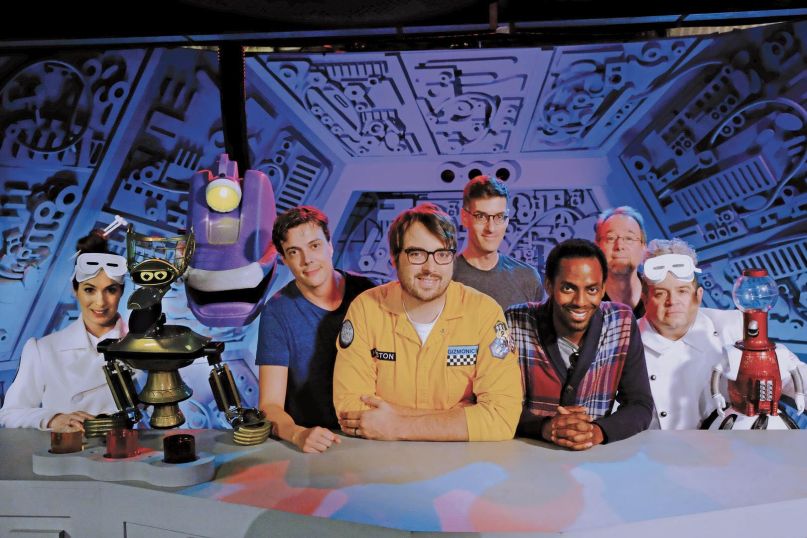 Mark your calendars: Netflix’s revival of Mystery Science Theater 3000 is set to premiere on April 14th. Along with the airing date, we’ve also received our first look at the cast.

Several new names have been added to the fold, including Felicia Day, who has been cast as mad scientist Kinga Forrester, daughter of one of the show’s original villains, Dr. Clayton Forrester, and Patton Oswalt, who portrays the Son of TV’s Frank. Comedians Hampton Yount and Baron Vaughn voice the show’s robot sidekicks, and Jonah Ray (of the Nerdist podcast) serves as the lead host.

For non-MSTies out there, the premise of the show is simple (sort of). A mad scientist launches a janitor into space and forces him to watch B-movies in an attempt to find the most maddening film to use in his quest for world domination. To help cope with the situation, the janitor built sentient robots with whom he mocked the movies he’s made to watch. The jokes became known as “riffing,” and a new genre of comedy was born.

Following a successful crowdfunding campaign, Netflix announced its acquisition of Mystery Science Theater 3000 over the summer. The first season will span 14 new episodes.

In the not-too-distant future. @MST3K pic.twitter.com/L9IpZW2Cmb