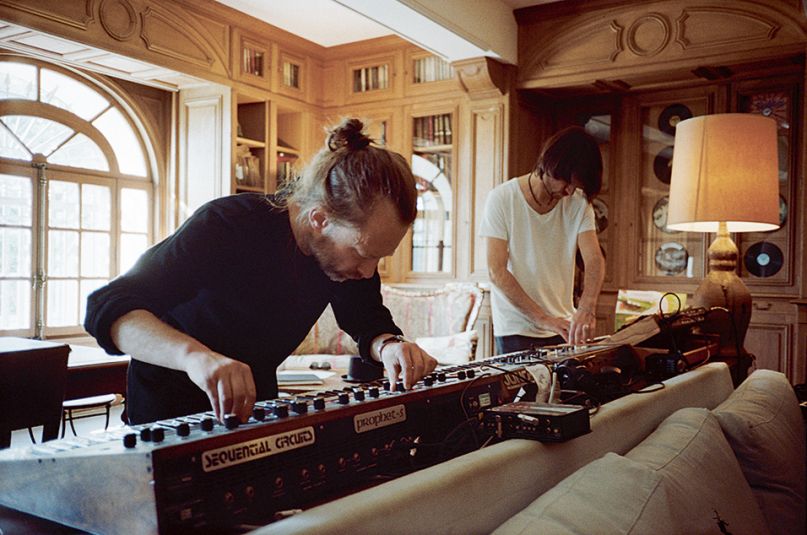 Most people post selfies on Throwback Thursday, but Radiohead producer Nigel Godrich took a more interesting approach this week by sharing a behind the scenes video of the band working on their most recent release, A Moon Shaped Pool.

(Ranking: Every Radiohead Song From Worst to Best)

The 45-second clip, which you can watch below, captures the band working on the ASMP standout “Ful Stop”. It begins with a close-up of recording equipment before panning to Thom Yorke and co. rehearsing the bassline and percussion heavy song.

Godrich posted the footage to Twitter with the simple caption, “Ahhh memories.”

Radiohead will be touring extensively throughout the US and Europe in 2017, including a headlining appearances at Coachella and Glastonbury.