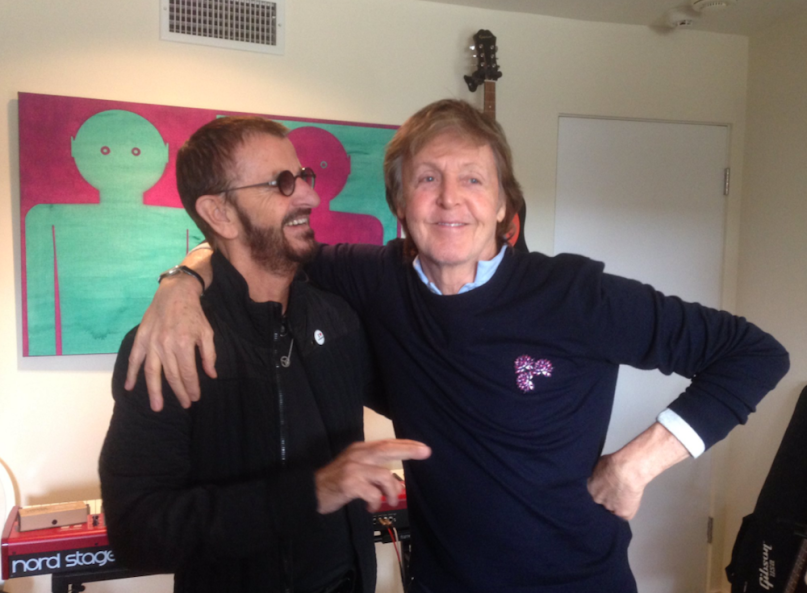 Sound the alarm: Beatles legends Paul McCartney and Ringo Starr have reunited in the studio. Starr revealed the big news on Twitter last night, posting the above image and writing, “Thanks for coming over man and playing Great bass. I love you man peace and love.” Their session together was for the iconic drummer’s upcoming album, the follow-up to 2015’s Postcards from Paradise.

Starr and Macca previously performed for the first time in years at the 2014 Grammy Awards. However, they haven’t recorded new music together since Starr’s 2010’s Y Not, on which McCartney contributed vocals and bass to songs “Walk With You” and “Peace Dream”, respectively.

Rumors of a collaboration surfaced late last week, when the two Beatles were spotted grabbing a bite in Santa Monica, California, alongside fellow legends in Tom Hanks and Dave Grohl (what an all-star power lunch). Other artists expected to appear on Starr’s new album: Joe Walsh of The Eagles and frequent collaborators Nathan East and Amy Keys