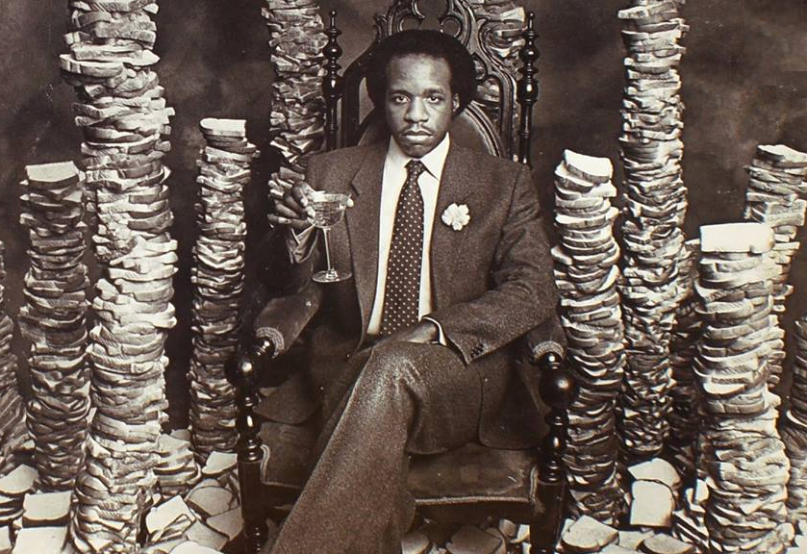 Walter “Junie” Morrison, the funk legend known for his work in Ohio Players and Parliament-Funkadelic, has died at the age of 62. Morrison’s former bandmate, James “Diamond” Williams, confirmed the news on the Ohio Players’ Facebook page.

Morrison played keyboards, provided vocals, produced and wrote for the Ohio Players during the early ’70s. He contributed to the hit albums Pain, Pleasure, and Ecstasy, and was responsible for the chart-topping hit “Funky Worm”. After leaving the group in 1974, Morrison recorded three solo albums under the name Junie: When We Do (1975), Freeze (1975), and Suzie Supergroupie (1976).

In 1977, Morrison linked up with George Clinton and Parliament-Funkadelic as the band’s musical director. He was only with them until 1980, but in that short time became the force behind smash records like One Nation Under a Groove, Motor Booty Affair, and Gloryhallastoopid. P-Funk fans perhaps know him best as the co-writer of one of the band’s biggest hits, “(Not Just) Knee Deep”. Morrison was inducted into the Rock and Roll Hall of Fame alongside Parliament-Funkadelic in 1997.

He released three more solo albums in the ’80s and continued to work with P-Funk in the ’90s. His last solo record was 2004’s When the City. He also contributed to Dâm-Funk’s 2015 album, Invite the Light, and received a shout-out on Solange’s Grammy-winning A Seat at the Table on the track “Junie”. Speaking to FADER about Solange’s song, Morrison said,

“When she informed me about her song, I was a bit taken aback by the surprise but very appreciative that she wanted to put time and energy into creating it … She communicated to me that she wanted to tell me the story of how much my track ‘Super Spirit’ made an impression on her and inspired her to name her creation, ‘Junie’. She wanted me to hear her creation and speak to me about it. My initial reaction to hearing the song itself was the same as I had while listening to the rest of A Seat at the Table — Wow! This young person has a whole funk load of talent. It’s all good.”

Below, find some tributes given to Morrison by his fellow musicians, as well as highlights from his career.

The Great Junie Morrison. So inspirational. All the #OhioPlayers westbound era funk that birthed #Voodoo & #BlackMessiah: #Junie. Those adlibs on Hov's "#BrooklynsFinest & #Tribe's #ScenarioRemix is Junie. All the Warner Era #Funkadelic songwriting wizzardry #OneNationUnderAGroove & #UncleJamWantsYou (he co-wrote #NotJustKneeDeep) even #Parliament's #MotorBootyAffair & #Gloryhallastoopid. His ideas birthed and ushered in the G-Funk era (all that synthy #FunkyWorm synth yall associate w gangsta rap/Dre's sound? That's #JunieMorrison. Even his #SuzieThundertussy in its tales of "Lost Angeles" were the backdrop on Ye's bright light for #TLOP's #NoMorePartiesInLA. Solange even gave him props on #Junie ("jump on it" for those that call it the "Jump on it song Dre3000 sings on)—this man was an uncelebrated unsung unchampioned whose ideas we just took and took and took. I regret so much not having a "proper" conversation about his journey. His songwriting. His technology innovations. Man. This STINGS. Rip #Junie.