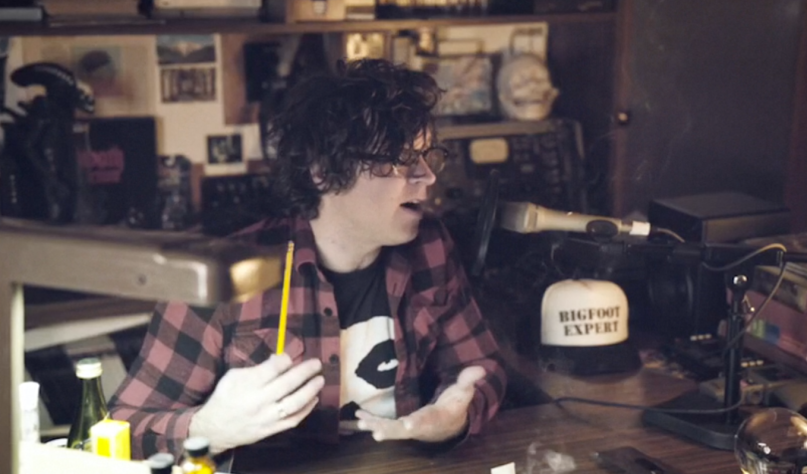 Ryan Adams had himself one hell of a fruitful weekend. He announced a new tour; released his incredible new album, Prisoner; supported it with an appearance on Fallon; and played a pair of intimate sets at Brooklyn’s Rough Trade. On Sunday evening, he capped everything off with the debut of his new Beats 1 radio show, The Midnight Wave.

Described by Adams as, “like Wayne’s World, but for real,” the streaming show finds the singer-songwriter shooting the shit with friends/bandmates Totally Todd, Marsh Vore, Charlie Stavish, and a robot called RoBox. On the debut episode, they discuss “taking an L,” why aliens will never visit Earth, and, in the tradition of Adam’s live shows, improvise a brand new song. There’s also a segment called “Who Said It: Donald Trump or Morrissey?”, which finds the panel guessing which notoriously prickly orator said a particularly crabby quote.

You can listen to the first episode of Midnight Wave here. Below, find a trailer for the show and listen to a preview of “Who Said It?”

In other news, Adams debuted an unreleased song from the Prisoner sessions during his acoustic set at Rough Trade on Saturday. The song, called “Was I Wrong”, is not one of the 17 B-sides featured on the END OF THE WORLD box set, meaning the only place you’re likely to hear it is in a live setting. Check out footage of the performance below.