Film Review: Get Out 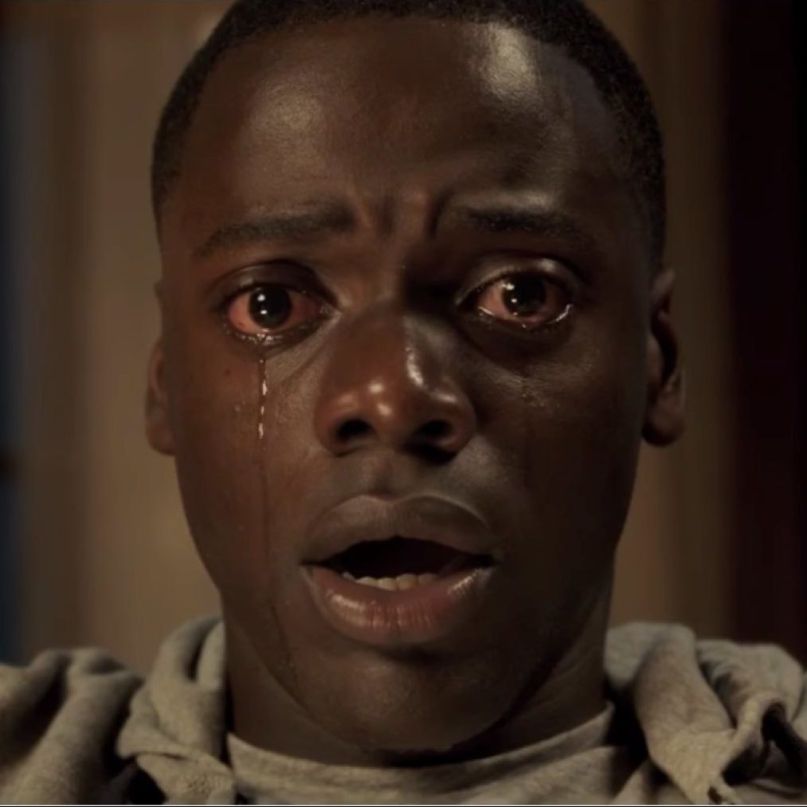 Get Out has the kind of premise that’ll leave you wondering how and why something like it hadn’t come out years ago, until you stop for a second to remember for whom Hollywood primarily makes movies, and what studios tend to think audiences want (and don’t). It’s a horror movie dealing directly with the quiet and overt evils of racism alike, from the vantage of a black man in a white, hostile world. Jordan Peele’s debut feature as a writer/director isn’t any kind of a heavy-handed screed, though, even if it’s one of the more fanged horror commentaries of recent vintage. If anything, it’s as much a clever rebuke to the smug mentality of post-racism as it is to outright intolerance.

But first and foremost, Get Out is an effective horror flick with a dark comic streak, which makes sense given the occasional menace of Peele’s previous work on Key and Peele.. Daniel Kaluuya stars as Chris, a photographer specializing in humane portraits, who lives a quiet urban life with his girlfriend Rose (Allison Williams). They’re set to head upstate to her family’s secluded home, which has Chris concerned; he asks Rose upfront if her parents know that he’s black. She laughs him off, confident that her family won’t be weird, so much as a little awkward; more than likely, Dad will work in a mention of how he wishes he could vote for Obama a third time, but that’s as bad as it should get.

The cold open of Get Out serves as a sly riff on suburban paranoia, following the abduction of a young black man as he wanders a quiet, house-lined street at night. From that early scene on, Get Out finds its escalating suspense in Peele’s skewering read on the banal terrors of privileged suburban life. Rose’s family is nice, but Chris is immediately a bit put off by the all-black house staff. Yet Dean (Bradley Whitford) and Missy (Catherine Keener) do all they can to make Chris feel as welcome as possible, assuring him that the help isn’t a race thing, they were just held over after their time as caretakers for Dean’s parents came to its end. Sure, Dean makes a couple of weird and inappropriate jokes, and Rose’s brother (Caleb Landry Jones) is a little too enthusiastic to explain to Chris how his “natural athleticism” would make him a great MMA fighter if he trained, but Rose assures him that it’s all in his head. Perhaps they’re a little inept, but they’re friendly. It’s not a big deal.

But as Chris begins to grow closer with the family, the red flags start to pile up. The housekeeper Georgina (Betty Gabriel) is a bit off; when Chris jokingly tells her he’s no snitch after a misunderstanding, she appears to have never even heard the phrase. The groundskeeper (Marcus Henderson) menacingly runs through the woods at night, and calls it exercise. When Chris meets an older neighbor’s lover (Lakeith Stanfield), his attempt to offer a discreet bit of solidarity to the only other black man at the party leads to Chris’s fist-bump being met with a handshake. (It’s at once hilarious and an immediately jarring social miscue.) There are few people of color in the world Rose’s family inhabits, and soon Chris is struggling against his innate anxiety. His best friend (Lil Rel Howery) calls and asks “how are you not scared of this shit, man?”, and it starts to become clear that something isn’t right. Especially when Missy starts pressuring Chris into allowing her to use her career training in hypnosis to help him quit smoking around her daughter.

One of the great strengths of Peele’s venomous screenplay is the way in which it sees the diminishing of Chris’s learned, perceptive fear as part of the process of living in Rose’s world. He sees Missy admonishing Georgina with an unusually parental and condescending tone, but plays it off. They attend a family party in which Chris is subjected to a gauntlet of increasingly disrespectful and oblivious questions, and he’s expected to suffer them kindly. Peele has long had an insightful ear for the subtleties of casual racism, and here it’s used to build a slow, choking nervousness that only builds with each allusion to Chris’ physicality or intelligence. Even Rose doesn’t entirely get it; in an early scene, she stands up to a cop who demands Chris’ license for no reason at a traffic stop, but she refuses to see how weird her parents are being, and brushes his concerns off entirely. Get Out might be blunt in its themes, but Peele’s use of micro-aggressions as horror narrative devices is inspired.

(Interview: Horror and Race: How Jordan Peele’s Get Out Flips the Script)

As a director, Peele has a confident eye for the genre, even if Get Out is at times over-reliant on jump scares and other modern trappings. He’s much better at building a crescendo of panic, as it becomes increasingly clear that Chris’ gut instincts about the family might well be correct, and there are some memorably unnerving images as Peele begins to work through the film’s central mystery. He does indeed end up being hypnotized, put into a state that Missy refers to as “the sunken place,” and Peele visualizes it as a vast ocean of darkness, in a touch that recalls the dead-end abysses of Under the Skin while finding its own unique notes of helplessness. A spoon clinking against a glass of tea becomes a trigger of immense dread, a little more so each time Peele returns to the motif. Though the film settles into more standard genre territory in its final act, with the facing down of various demons it would suggest, Peele is a talented director of action as well as horror, and Get Out is always far from boring even in its more familiar scenes.

Kaluuya gives a terrific leading turn as a man who knows better than to trust Rose’s admonishments that “they are not racist,” but finds himself pulled into the trap of having his own experiences sidelined by others anyway. Against Keener’s icy holier-than-thou attitude or Whitford’s cringing attempts to ingratiate himself, Kaluuya delivers the film’s eerie seriocomic beats with assurance. Though Get Out goes to some genuinely frightening places by its end, it’s also a savagely funny movie quite a bit of the time, Peele’s subtly caustic screenplay playing with both the horror genre’s history of racism and the low-key hostilities of “polite” society.

While the film is deliberately obvious in its shots at racism in its various forms, Get Out isn’t the kind of film that exists to let the audience clap itself on the back for being above it all. Peele is sharply perceptive about how racism is so often diminished even by people who allegedly know better, and it’s a conceit that serves Get Out incredibly well. From the passively hostile admonishment of its title onward, it’s a horror movie that feels intriguingly unique even in its more standard moments, and a reminder of the genre’s power to address the world’s most unpleasant facets and offer audiences a kind of release from them. And it’s a potent reminder that sometimes, for some, there are few things scarier than a bunch of smiling WASPs.