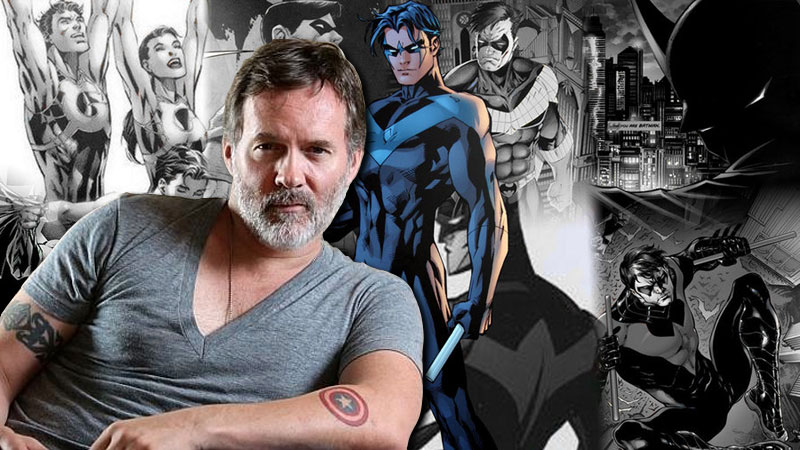 Warner Bros. has made big moves in the Bat-infested corner of its DC Films universe today. It was revealed earlier that Matt Reeves had officially replaced Ben Affleck as director on The Batman, and now it looks like Chris McKay is going to helm a movie about the Dark Knight’s former sidekick, Nightwing.

McKay is coming off his first crack at the Bat-verse with his hugely successful The LEGO Batman Movie. He’s currently in talks to direct a live-action movie based on the grown-up Robin, the latest entry in the ever-expanding DC Extended Universe. Bill Dubuque (The Accountant) has been tapped to pen the script (via The Hollywood Reporter).

For the un-nerdy, Nightwing is Dick Grayson, the first person to don the mantle of Robin. Bruce Wayne took the young Grayson under his wing after his acrobat parents were killed by a mobster in a faked circus accident. He spent much of his early career at Batman’s side before going on to lead his own team, the Teen Titans, and dropping the “Boy Wonder” nickname. Eventually, he dropped Robin as well and adopted his the Nightwing moniker.

Of course, that whole story becomes a complicated matter when it comes to the DCEU. We’ve yet to be introduced to Robin in the new cinematic version of Batman, though there was a memorial to a fallen version of the character in Batman v Superman: Dawn of Justice. So while that means a Robin has died in the DCEU, it was likely Jason Todd, the second person to wear the red-and-yellow spanks.

Suicide Squad already proved how messy it can be trying to wedge in too much backstory about new characters to establish connections to older ones, and few members of the Batman Family have as long and tangled a history as Grayson. Jumping straight into a Nightwing solo story may end up being just as challenging as making the Joker work in SS. That said, DC and WB have a chance to lay some of the groundwork in 2019’s Batman film, so maybe they’ll avoid past mistakes.