For $45, you can wear the dial-up service's logo on your chest 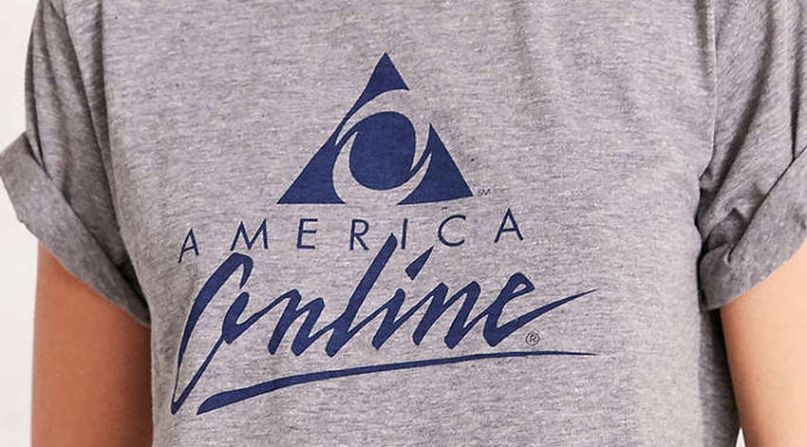 Like it or not, 90s pop culture has made a comeback, and some of the era’s questionable fashion choices have returned in tow. Even the New York Times couldn’t avoid covering it in the Fashion and Beauty section. Beyond flannel clothing and the return of JNCO wide leg jeans, though, musicians like Justin Bieber — who was a newborn baby when Kurt Cobain died — have become notorious for wearing vintage band t-shirts. Despite drawing the ire of many grunge fans, the trend has continued.

Naturally, “vintage” mall retailer Urban Outfitters has capitalized by selling “retro” graphic tees and hoodies sporting Aaliyah, Tupac, and (surprise!) Nirvana logos on the front for ridiculously marked up prices. Now the store is kicking it up a notch by selling a $45 t-shirt sporting the original American Online logo.

For those readers who aren’t old enough to remember AOL, the ubiquitous internet service’s installation floppy disks and CDs were found in every magazine and mailbox throughout the 90s. For a fair period of time, AOL was synonymous with the internet.

Like most retro fashion, though, the logo’s origins probably don’t matter to the wearer. As long as it looks cool, right?