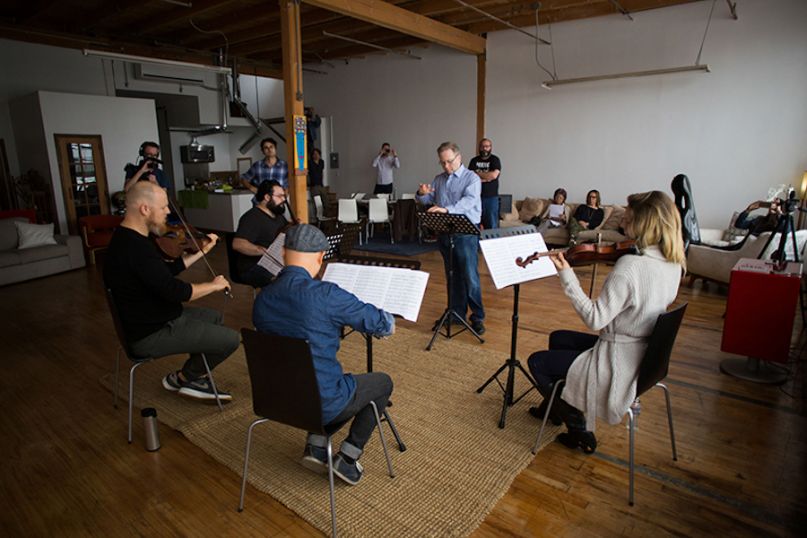 On his smash hit “Starboy”, Abel Tesfaye weighs out pros and cons of his success as The Weeknd. Indeed, beneath Daft Punk’s slick, polished production, the swaggering and indelibly catchy track — like much of Tesfaye’s work — houses something much darker, a snapshot of a human battling demons both internal and external.

The melancholy of the song’s core isn’t exactly obvious, especially if it’s just Top 40 background noise on your morning commute, but it’s something artists who’ve covered the single have found ways to highlight. Case in point: the Vitamin String Quartet have today given us an especially poignant interpretation of Tesfaye’s ambivalence to fame. Taken from their upcoming Weeknd covers album, the Los Angeles collective’s version of “Starboy” finds strings sighing with heavy emotional weight, revealing the real urgency behind the track.

“We had a feeling that the sensuous, edgy quality of ‪The Weeknd’s music would bring something special out of the strings. But even we were surprised by how effortless the interpretations felt,” Leo Flynn, VSQ Brand Manager Producer, tells Consequence of Sound. “Jim McMillen was able to cut past many of the original production elements and just focus on melody. That cleared the way for the players to create these sweeping, hypnotic performances.”